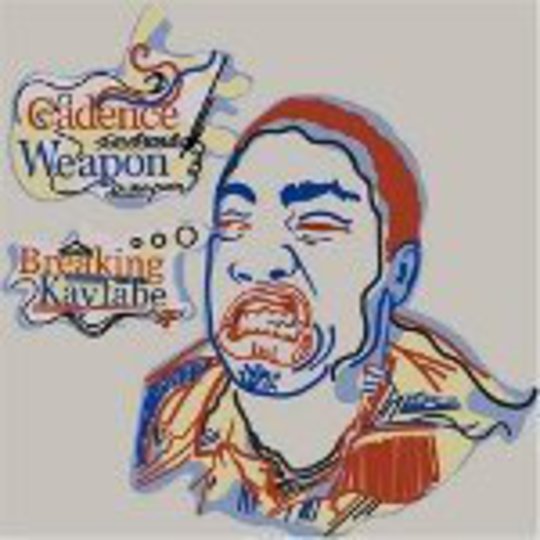 It’s the sort of track that you want to revisit immediately and often._ ‘Oliver Square’_ is one of the most thrilling beginnings to an album I’ve heard this year, a first-born whose excellence continually impeded my attempts to listen to the remainder of its parent record,_ Breaking Kayfabe_. The first cut is deep indeed, synth stabs and severs, chopping rhythms rough and ready, creating a maelstrom of sound. Imposing order upon this musical chaos theory is Rollie Pemberton, aka Cadence Weapon, a precocious 21-year-old Canadian rapper. Cadence breaks the binds of convention, eschewing sloppy hip-hop clichés; his lyrical exhortations are as fresh and sharp as shrapnel, but as measured as the scales of justice.

Having ventured beyond the early exhilaration of ‘Oliver Square’ I found that, remarkably, what followed was almost its equal. ‘Sharks’ is a riot of bitter observation and braggadocio, Cadence’s lyrical prowess to the fore, phrases contorted over a rack of electronic screams. Menace is the watchword of ‘Grim Fandango’, its shimmering Sergio Leone chords segueing into a fit of obsessive scratching, ever building towards a tremulous peak. On ‘Black Hand’ Cadence announces that he has a “way with words”, that he is “done wit’ dead riddims”, making us acknowledge the truth of his observations, flexing his mastery of flow, the phrasing as pointed and lethal as a screwdriver, the music as vivid as freshly spilt blood.

Perhaps the most lyrically straight track here,_ ‘Diamond Cutter’ updates the ancient tale of the femme fatale. Elsewhere we’re presented with a jigsaw of brutal putdowns, puffed-up preening, pavement philosophy, social satire and autobiographical fragments. At no point does Cadence make things easy for us: _Breaking Kayfabe is a record that demands and deserves undivided attention, its creator fashioning a brain-searing patchwork of ragged rap, electronic flourishes and truncated rhythms._ ‘Fathom’ and ‘Vicarious’_ are particularly disorientating, the former a fractured Neptunes, the latter Mos Def filtered through the cosmic electronica of Four Tet.

Increasingly courted by the hip-hop mainstream and with a second album scheduled for a March 2008 release, Cadence will soon have a choice to make: “Like Bob Dylan on the fence / Will I sell out or buy in?” On the basis of the ever exhilarating_ Breaking Kayfabe, I’m hoping he keeps it _“heavy mental”.