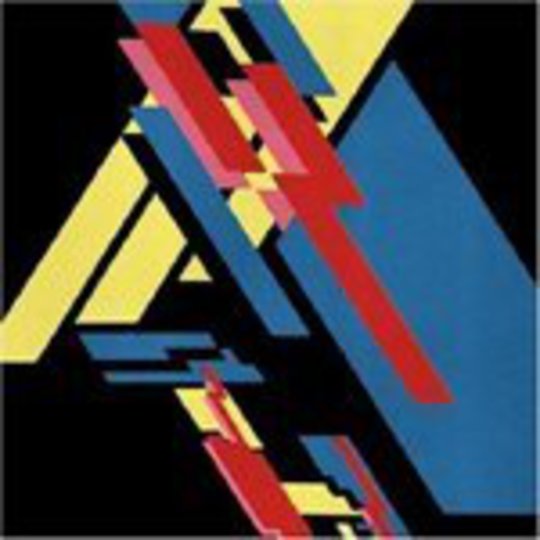 Emphasising some sort of tangible growth is the promotional tool being utilised to push Athlete’s new LP, Beyond the Neighbourhood. The band built a new studio in southeast London to record it in; they produced the record alone; and, according to songwriter Joel Pott, experimented liberally with each song. Sure, that denotes growing. Plus, there are songs about Spielberg’s Munich, a cultural studies expose into airports and nightclubs and tales of hypocrisy, human nature and the ties that binds the two.

Musically, electronic blips and bleeps persist, and moments appear where plaintive guitar lines are pushed to the periphery in a genuine effort to push boundaries. The opener, ‘In Between 2 States’, is one such example, as is ‘It’s Not Your Fault’. Yet, when a band as innocuous as Athlete attempts to explore their chosen art’s outer reaches, they merely scratch the surface protecting the periphery, as this collection of musical oddities is not odd in the slightest. Nothing Athlete has ever released is. Rather, this is simple pop music – again Athlete have purported a musical equivalent to a blank stare. It is there, it may intend to disperse meaning, but in the end it does nothing much, if anything at all. Blah, indeed.

In most cases, this forced experimentation sounds just that: forced. ‘Flying Over Bus Stops’, for example, forgoes any attempt at concocting a pensive melody in lieu of drum-like popcorn crackles that deter from Pott’s genuinely arresting vocals. Some bands can pull this off – Stars, for example – positioning an electronically squeezed anti-melody in place of anything memorable and using words to command interest. But Athlete fail, and unfortunately Pott’s words are not that interesting. His stab at writing relevant, politicised manifestations are appreciated, especially on the aforementioned Spielberg-influenced ‘Best Not To Think About It’ and the reasonably decent single ‘Hurricane’. But hints of cynicism – you know, the ones that penetrate the psyche and leave one dreaming about the end of the world – are absent. Athlete do not have the ammunition to muster up any conscious libretto worth pining over; best off sticking to baby delivery, lads.

Pushing oneself is commendable and there are flecks of genuine improvement evident on Beyond the Neighbourhood when the album is compared to the rest of Athlete’s oeuvre. ‘Second Hand Stores’ is simple, cinematic and endearing; in short, it is a good song. As is ‘In The Library’. Both songs are overtly consonant and poppy, which accentuate their strengths rather then poke and prod at peripheries beyond reach. There are no solos and, finally, the lyrics are more relational, approachable even. Still, these two are more anomalies than the norm, as the rest of this collection is too concerned with flickering with a light switch that never worked in the first place. The power has never been turned on.

‘This is What I Sound Like’, the last song on the record, illustrates this point. The song is filled to the brim with needless electronic sounds that do nothing to enhance the melody within, which is definably simple. Lyrically, Pott explores questions of violence and self worth, asking why everyone fights for the sake of fighting whilst proclaiming that he is a “walking advertisement for both light and dark”. The songs starts off slow and gets louder and busier but, again, without much guiding the knots jammed inside for whatever reason. This could have been a good song – it shows potential – but it is lost, or at least misguided.

Next time, Athlete, stick to either the light_ or _the dark and you will sound better than this.