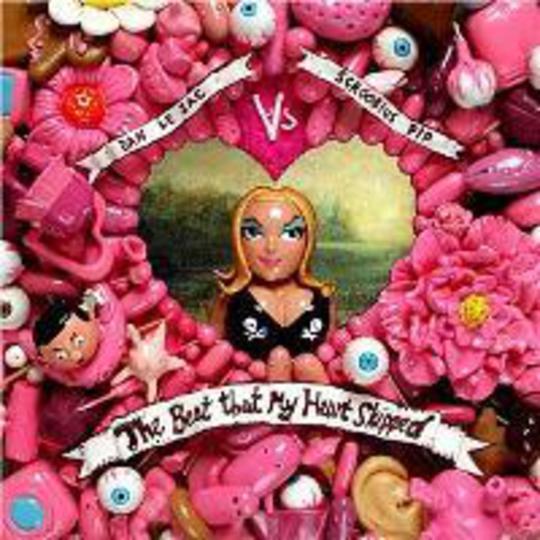 The problem with releasing a single as clever, ubiquitous and ultimately sell-by-date-centric as ‘Thou Shalt Always Kill_’ is that prejudice will inevitably be formed for following records. Especially when the press release for the new record spends 75 per cent of its paper banging on about the last one.

Cleverly, ‘The Beat That My Heart Skipped’ raises the bar in verbal terms, avoiding eyebrow raising and mere social commentary and throwing in some narrative and a nice bit of deep-voiced “bomb bomb bomb ba de baa” chanting.

Production values are upped too, with some beefy synth and clattering drums driving things along. It’s still a little cheeky and a tad nudge-nudge, but it’s a hell of a lot better than a ‘list song’, that cheapest of all musical routes.

Ultimately, it sounds a tad more like a rapid-fire The Streets than they’d like, but there’s enough here to suggest that we may not hang Dan Le Sac and MC Scroobius Pip out to dry on the basis of just one song.

And that is_ quite _the result.