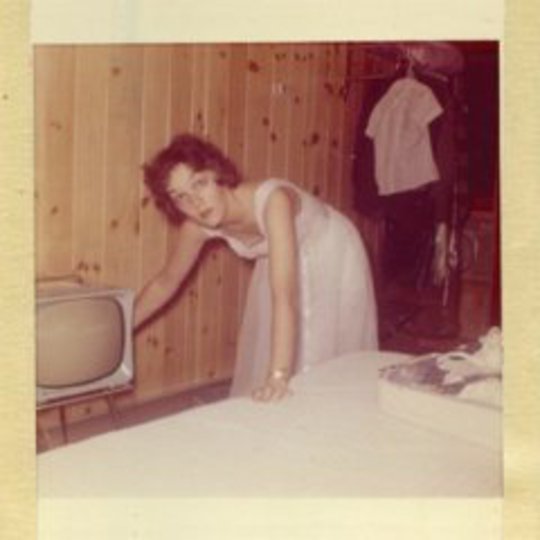 Admittedly, geography’s never been my strong point. I can sketchily work out the position of London on a map but ask me to identify exactly where Birmingham or Derby reside in Blighty’s rich topography and you’d be just as well blindfolding my peepers and allowing me to pin a tail on the derrière of some poor horse-like creature. So you can imagine the befuddlement stewing away within my aching cranium when I discovered Manchester Orchestra were not natives of the northwest’s most thriving musical city. Nope, apparently there’s another Manchester in another country – in fact, there’s a shit load of them. They don’t teach you that at High School, that’s for sure.

Yet despite my perplexed grimaces over such locational conundrums, it’s the sound of this peaky Atlanta-based quintet’s debut LP I'm Like A Virgin Losing A Child that ruffles the frayed, alcohol ravaged nerve cells of my grey matter most. Y’see, this is a record that skates finely over the crease between conquistadorial melodic majesty and chart-teasing teen-rawk insipidity; a record that unleashes moments of sweeping cacophonous glory before swiftly precipitating into punchless riffs enveloped in a haze of seamless, sterile production. And it’s such infuriating directionless that ultimately ebbs away at the impact of this emotionally transparent affair.

Opener ‘Wolves At Night’ begins sprightly enough with its swollen harmonic bulge striding to incongruent drum lurches and jingling guitar strums before breezing into a glorious virulent chorus led by Andy Hull’s affected crow. But it’s the frontman’s penchant for displaying his vocal dexterity that eventually chaperone’s I'm Like A Virgin... on to treacherous pathways as he shuffles irksomely into whiny Brian Molko-esque mews throughout ‘Now That You’re Home’’s stop-start evangelical throb and the laborious, grating melancholy of ‘I Can Barely Breathe’. The bleary-eyed coagulation of brooding synths and rhythmic pounding perspiring from ‘Where Have You Been’’s damp, insular cauldron undoubtedly compliments Hull’s scarred lung-puncturing but much of the record finds him recreating the pitiful tones of a tortured artiste who’s unwittingly found himself spearheading a disjointed Counting Crows tribute act.

Surprisingly, for an album so engulfed with ponderous rock anthems, it’s the frail, pensive laments of ‘I Can Feel Your Pain’ and ‘Don’t Let Them See You Cry’ that glimmer brightest. Stirring heartstrings with the mousey breathlessness of a brusque Conor Oberst, Hull’s new found impregnated whisper crackles tenderly over ghostly landscapes of simple acoustic scratching that alleviates the snooze-driven dreariness emitting from ‘Golden Ticket’’s formulaic Hold Steady-aping. Yet such cloud-peering heights are rarely maintained and achingly obvious record closer ‘Colly Strings’ draws the curtain strings back into order with a climax that’s meeker than a cumbersome knee-trembler in your in-laws’ spare room.

They may not hail from ‘The Capital Of The North’ but on the basis of I'm Like A Virgin Losing A Child’s tepid offerings it seems Manchester Orchestra have the city’s gloomy skyline down to a tee.