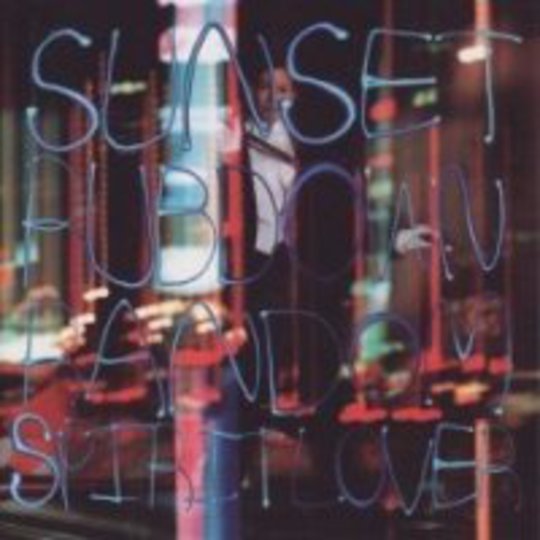 Sunset Rubdown is the vehicle for the ravier ideas of the ravier songwriting half of Canada’s much-admired Wolf Parade, and Random Spirit Lover is their second, splurging stab at sprawling indie-pop greatness, after 2006’s excellent Shut Up I Am Dreaming brought them widespread acclaim and a distribution deal from Rough Trade in the UK.

Anyone still in doubt about Spencer Krug’s chops as a tunesmith needs to hear this record, their first for Jagjaguwar, as it can only lend weight to the case for Krug as a major songwriting force operating somewhere leftfield of Win Butler’s melodramatic posturings.

The Arcade Fire comparisons plagued Wolf Parade from the outset, of course, but this wasn’t only a geographical join-the-dots: there are comparisons to be drawn in their songwriting, and that still stands. However, Krug seems less preoccupied with the idea of album as definitive artefact - for all their ambition, Arcade Fire’s songs are undeniably neat, and there’s a symmetry about them which means loose ends are generally tied up, ideas played out to their logical conclusions. Increasingly Krug’s ideas seem too messy, too sprawling to be contained within tidy three-minute packages, and where most pop songs have already displayed their tawdry wares in full by the 90-second mark or so, Krug’s lop-sided compositions are often still in their exposition stages by the time they stagger over the finish line, lyrical and musical motifs spilling over into other songs or resurfacing at a later date.

Even more so than Shut Up I Am Dreaming, Random Spirit Lover is a record that both suffers and benefits from that tendency in a certain strain of modern indie of using a too-rich sonic palette. At its frequent best, this approach makes for a delirious, draining listen, spawning some genuinely brilliant passages of music, and at its worst it results in the kind of overcooked aural doggerel that occasionally plagues bands like of Montreal and The Shins.

When it’s good, though, it’s fantastic – opening gambit ‘The Mending Of the Gown’ sees Krug’s talents in full flight, a feverish mix of coiled guitar lines and piano stabs that sounds like a mind unravelling, while ‘The Taming Of The Hands That Came Back To Life’’s sharp hooks are presented in ungainly, almost garage-band fashion, its slamming, semi-automated rhythms bringing to mind Bowie’s ‘Sound & Vision’. Equally ‘70s of reference point is ‘Winged/Wicked Things’, a dreamy waltz featuring guitar lines as laboured and beautiful as butterflies in flight, their vivid tones recalling the statelier moments of Television’s Marquee Moon.

Lyrically, too, Random Spirit Lover is a surfeit of obscure imagery about diamonds, virgins, leopards and self-doubt concerning violins, a protracted ramble that’s difficult to pick your way through and debatable whether doing so really yields sufficient reward, but if it’s a nothing, at least it’s a literate nothing, and Krug’s logorrhoea is left to bleed into the mix rather than stuck gratingly out in front like, say, (erstwhile Swan Lake collaborator) Dan Bejar of Destroyer.

As with so many of rock's finer moments, the beauty’s in the overreach, and while newcomers to Krug’s idiosyncratic style may find it easier to warm to the more accessible leanings of the Wolf Parade record, for everyone else, this is essential stuff.