There the Open Spaces 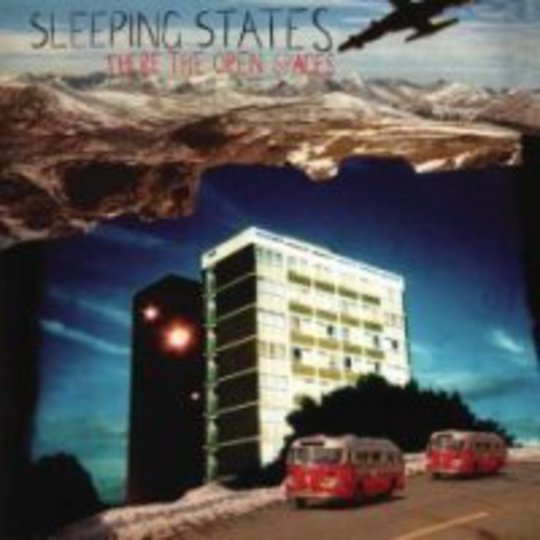 A writer discussing the myriad problems of reviewing a record both objectively and, more importantly, contextually is almost as heinous and self-regarding as a writer starting an article with reference to his self.

But it becomes a problem. To review Sleeping States in the middle of the summer would be to describe it as a “languorous piece of classic hazy psychedelia”. But as it becomes a chilly but bright autumn, does that now make it a “fragile piece of beauty akin to the cracking of leaves underfoot_”? It’s hard to say.

Production that hints at a lack of polish or perhaps ungainly skills with a recording desk / portable recorder might lead one to suggest that There The Open Spaces_ is “a naively assembled collection of recordings, enhanced by its own lack of discriminate audiophonic obsessiveness”. Then you are informed that Markland Starkie is in fact the holder of a First in Sound Design. Does that perhaps make it now “a wonderfully reserved collection of sounds and songs, fully aware of, yet untroubled by modern production values”?

Seemingly, the nu-folk world was ever so gently rocked by the release of the track ‘Rivers_’ by Starkie halfway through 2006 on an, until then, unremarkable 7” label. Those tender tremors of excitement have finally caught up with the rest of us just in time to herald the release of Starkie’s second album (after his first, self-released CDR long-player).

Let’s not place Sleeping States at the forefront of the vanguard that is the re-awakening of British folk, for all scenes are ultimately set to crumble beneath their own inequity and self-regard. And equally, Devendra Banhaart is slovenly in his own whimsical ambition and Joanna Newsom is set to fall foul of the pedestal she is clumsily placed upon. No, what There The Open Spaces is: a gossamer piece of British landscape observation through sound. And a beautifully derived slice of near-nothingness it is.

Never exceeding a heart rate beyond restive, There The Open Spaces is a meditative collection of single note guitar lines, occasionally resonant bass notes and ‘found sounds’. Oddly enough, it only ever evokes a calming mix of nostalgia rather than beauty as its salient emotion; heavy-lidded calm over wide-awake pleasure and contented hush before grand-standing poise.

Best tracks are the timid lion that is the aforementioned ‘Rivers’, languorous and unconventionally melodic, the olde-worlde troubadouring of ‘Sleeping States (Or Who Has Been Rocking My Dreamboat?)’, and the bright nearly-pop of ‘September, Maybe’. But the album rarely misfires at all.

Pulling you away into his own sensitive, contemplative world, Starkie’s Sleeping States recreate the sense of dreams and happy dislocation better than most. Hugely recommended.