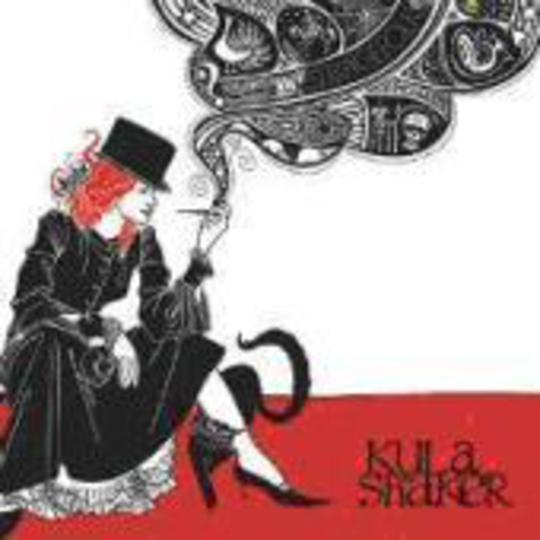 Whether or not the world needed another Kula Shaker album is certainly a moot point, but it's a conundrum you can't imagine ever entering Crispian Mills' head. The fact they've released it on their own label suggests, possibly, that others disagreed with his assessment of their cultural significance. But that's just idle speculation - the proof of the pudding, as they say, is in the eating. Or, in this, case, the listening... but you get the picture.

It's now eleven years - almost to the day, fact fans - since debut LP K ('Hey Dude', 'Tattva' and 'Govinda' - you remember them, right?), and undoubtedly there's nothing as immediately arresting or, well, as good as that on here but, if nothing else, there are laughs to be had.

I mean, didn't anyone think to warn Mills that singing "I'm a dick, I'm a dick, I'm a dictator" (especially in light of all those Nazi comments) might throw him open to ridicule in reviews such as this one? Evidently not, because he does just that on 'Great Dictator (Of The Free World)' - and the joke tells itself, so I won't even bother.

Things don't improve elsewhere. It's not that it's a particularly awful collection of songs, but there's nothing you're likely to remember once the disc stops spinning. Some of the bleepy keyboard parts on 'Song Of Love/Narayana' are quite interesting, but considering it's taken until the sixth song to pick something out of note... well, that tells its own story. And then there's some cheesy mystic sounding chanting that comes in and ruins all the good work. Eleven years on, and he still hasn't learned.

Basically, then, this is an album of slightly below average, 'psychedelic' indie-rock, and nothing more. The acid test is to ask yourself, 'if you didn't know this was Kula Shaker, would you like it more?' - and the answer is 'no', because, if you're interested in music that tries to push the envelope, or even just music that's inspiring, fun or tuneful, you won't find much to like here.

Does the world need another Kula Shaker album? Not one that sounds like this, that's for sure. It'll make a nice coaster though...