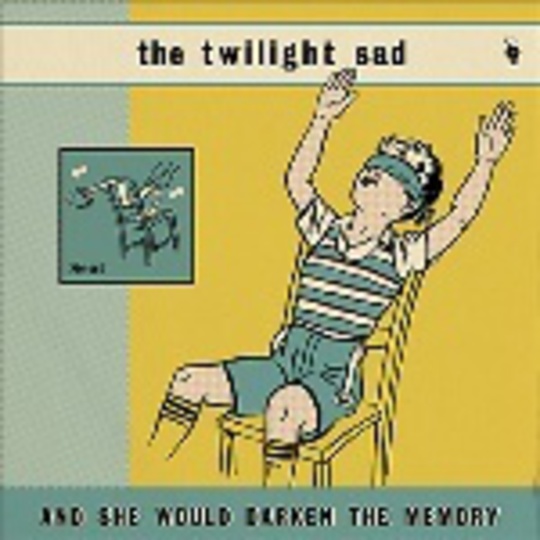 Scottish four-piece The Twilight Sad mightn’t yet have blazed a trail straight to the hearts of disaffected indie kids nationwide, but if they continue to release songs in the vein of this – lifted from their excellent debut album Fourteen Autumns & Fifteen Winters – then it can only be a matter of when rather than _if_ in terms of them striking out from the rocky underground they currently illuminate so iridescently and terrorising the mainstream with their accessibly melancholic but mightily tumultuous racket.

With comparisons dragging toes somewhere between Idlewild at their most epic and Arab Strap at their most introspective, The Twilight Sad’s on-paper reputation is solid enough. But songs like ‘And She Would Darken The Memory’ need to be heard – to be felt – rather than digested through a page, be it one in your hand, ink everywhere, or here on your home or work computer screen. The quartet’s craftsmanship is near peerless; their execution of emotionally exhausting indie-rock, exasperating and cathartic, is quite breathtaking at times, and this is absolutely one of them.

This, then, is another chapter in the beginning of something special. With fans clambering forth from quarters popular and absolutely not, it’s already apparent that The Twilight Sad’s appeal is broad, but only by letting this song and its album compatriots into your life can you, too, get a taste of the future. This is the sound of a band ready to conquer the UK indie scene before spreading their wings for shores foreign; be sure to catch them before they head south for a spread of those numerous winters.

The Girl From The Northern States