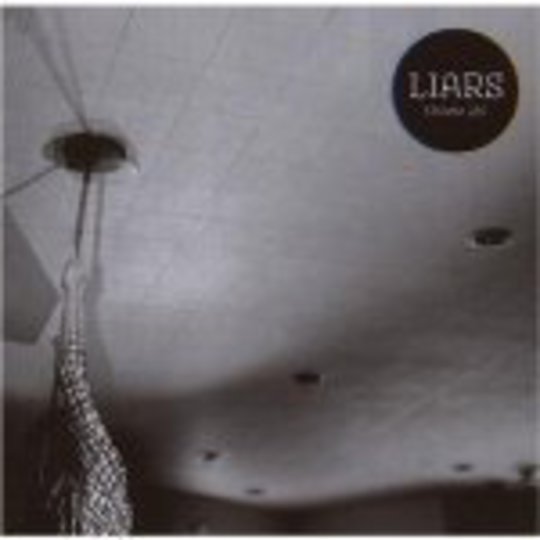 Drum’s Not Dead seamlessly melded its myriad tracks together; it’s a superbly engineered industrial punk behemoth, a tribute to the concept of an album as a whole entity, songs ill-fitting when removed from their comfortably vacuous hole. The drum isn’t dead, but Liars changes tact, splintering awkwardly but opening arms. Gone is the conceptual focus and instead the three-piece provide bona-fide pop bastards, convention met midway by Liars' standard noise credentials with tracks now able to standout, alone in the rain, on their own accord.

‘Plastercasts of Everything’ judders in. Recently released, the back sleeve to the single read: “I JUST WANT TO GET AWAY FROM EVERYONE’S DRAMA BUT I’M AFRAID IF I DO RUN AWAY IT WILL CREATE MORE DRAMA SO SHOULD I?????”. Wrought with unabashed parent-baiting teenage angst, with Angus Andrew wailing manically over a turgid hook, the song loops compulsively before rupturing at the knee midway through as the floodgates open and give way to a weaving riff with TV On The Radio bombast creeping in. Changing direction, everything shifts as 'Houseclouds' - Liars' most blatant nod back at forgotten child They Threw Us All In A Trench… - enters with a slow-burning funk not too far detached from Beck's East Coast shenanigans and the dance-punk territory that Liars had seemed to turn their backs upon. It provides a potent indication that the act's initial claims that this record is more concerned with a traditional songwriting method is not quite as off-key as first perceived. Moments later that notion is firmly distanced as the detailed drones and skewed industrial chiming of ‘Leather Prowler’ set in.

The ground this record covers is all on show when Liars sandwich their 'Cycle Time' - making like a stolen moment with the LA/NY/Berlin outfit playing out their Black Sabbath mimicking desires - between 'What Would They Know' and 'Freak Out', a majestic double dose sounding like off-cuts from Psychocandy regurgitated by these art-punk noiseniks two decades later and washed in an appropriate dirge. Just like honey, just like a fist to the head. Elsewhere the trio further delve into glam-rock desires with 'Clear Island' as Andrew leers and pleads "Come save me" with warped menace. It's one of many tracks that are testament to Liars’ attention to detail. Aaron Hemphill's contribution is particularly influential to the record's remarkable impact. Stuck at sea with salty water washing round gums, ‘Sailing To Byzantium’ turns the focus to Andrew’s barren call – he’s a boy lost, his vocals unsettlingly adrift from reality, rolled in his own cocoon.

The record closes in a retiring fashion with the understated innovation of 'Dumb In The Rain' and 'Protection'. Far more accessible than anything the act have produced in recent years, Liars shifts perceptions in the way most have come to expect, but with the dense conceptual themes and boundaries limited it is as if they have met most listeners halfway only to lure them back into their own sordid comfort zone, littered with the contents of a fifteen-year-old's bedroom.