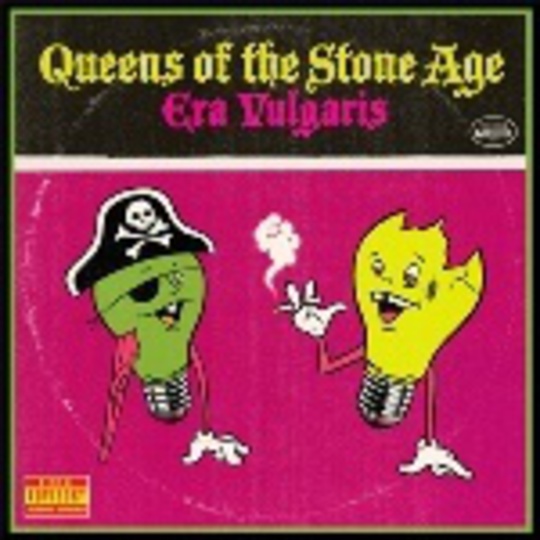 “I think our generation… they don't want to be dock workers or coal miners. They want to delay adolescence and prolong adolescence, prolong thought about what to do, and try to take advantage of life while it's around, take more artistic jobs, play rock music… And I think while we're all deciding, everyone samples a little bit of everything. And I'd like to play that party.”

From Kele Okereke to Thom Yorke right on down to Coke-slurpin’ good ole boy Jackie White, rock’s prime movers are seemingly queuing round the block to pronounce judgment on the so-called iPod generation, that nefarious gaggle of media-drunk, no-attention span, out-for-a-quick-buck shysters sometimes erroneously referred to as you and me.

Josh Homme, on the other hand – now there’s a fella who doesn’t mind getting his hands dirty in the pursuit of a good time. For one so thoroughly ensconced in excess, cocking a snoop at the immoderacies of contemporary living was never going to be a straightforward business, and so it proves with Queens Of The Stone Age’s excellent fifth LP, Era Vulgaris. In a way, the Queens’ music has always been a kind of battleground for the proverbial devil and angel on Homme’s shoulders – with the devil winning, of course – and that continues to be the case here, with Homme’s bewitching falsetto croon acting as the spirit to the band’s tattooed, hairy flesh, and bruising, cactus-dry workouts giving way to lush, psychedelic oases of darkly reflective sound.

‘Turning On The Screw’ spits bile at the moralisers and the tub-thumpers (“They say those who can’t just instruct others and act like victims or jilted lovers”), laying down a spiky riff over a thwacking great drum beat and rattlesnake hiss. The Julian Casablancas-featuring ‘Sick Sick Sick’ is downright punishing – well, it is for the listener: you don’t feel like the band’s even breaking a sweat. It’s a delirious, one-chord thrash in which Saint Homme is nowhere to be found and Homme-icidal Josh cackles drunkenly at the wheel: “Lose the halo, don't need to resist / A lick of the lips and a grip on your hips”.

‘I’m Designer’ is ambivalent in its portrayal of youth for sale (“How many times must I sell myself before my pieces are gone?”) but winds up more of a defiant roll in the muck than anything, Homme’s deadpan timing coming to the fore: “You’ve made me an offer that I can refuse / ‘cause either way I get screwed / Counter proposal: I go home and jerk off – UH!” Musically it’s all sparks and jerky thrust, employing the processed guitars which prompted Homme to describe the album’s sound as “dark, hard and electrical”, causing something of a divergence of opinion on the record's merits in the DiS office.

‘Into The Hollow’ is the album’s soaring, psychedelic standout, Homme’s dreamy vocal turn sprouting wings and meshing with some soulful guitar work. It is anything but dumb. Then they put their steel-capped cowboy boots back on and grind you into the dust with ‘Misfit Love’, a sinister, vaguely industrial groove that could equally slit your throat or whisk you away for an evening of fine dining and fucking. Desert Sessions favourite ‘Make It Wit Chu’ is another highlight, sounding not unlike ‘Brass In Pocket’ rendered in the playboy blues style of Exile-era Stones. Recent single ‘3's & 7's’, by contrast, works harder for its money, and with slightly lesser results – Queens just sound better when they’re revelling in their strengths as performers, drilling home riffs with power-tool precision and conveying supreme heaviness with the most casual of gestures._

“The devil made me holier than any man,” Homme intones over a barrage of guitars set to ‘kill’ on ‘3's and 7's’, and you kind of whisper a little amen. Era Vulgaris? Too bloody fucking right.