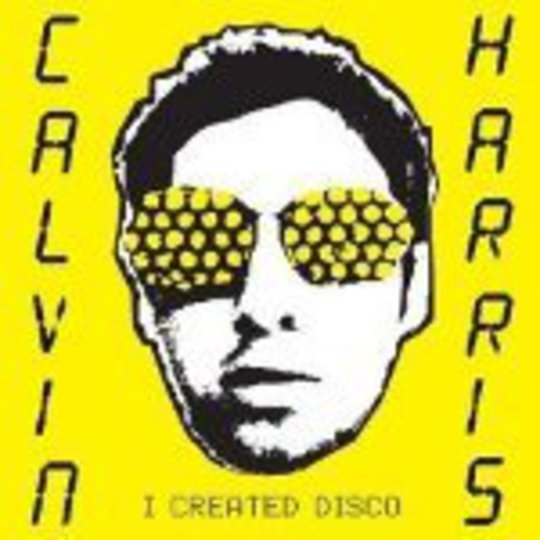 2007 has seen, and will continue to see, some truly excellent dance albums work their way into the light of day from the not-so-dead of night. We had !!!, back in March, which switched on the pilot light for a summer of fiery raving in fields, forests and front rooms; in the coming weeks we’ll be blessed by floor-filling LPs from Simian Mobile Disco and Justice – both well worth their respective asking prices. And then there’s LCD Soundsystem’s Sound Of Silver, sure to be battling it out with Battles come December for a high position on DiS’s end-of-year best-of run-down.

Which leads to a pretty simple question: why the fuck does anyone need this, the debut album from Dumfries-based 23-year-old Calvin Harris? Indeed, why does he need to release an album, at all? A pair of singles – the all-over-the-radio ‘Acceptable In The 80s’ and its sound-alike follow-up ‘The Girls’ – have paved the way for a future (presumably big-money) collaboration with the queen of everything camp-pop, Kylie. _Surely he can see out the rest of his career as a producer... please?

Said singles are tolerable enough, truth be told – they come on the transistor and few bat an eyelid, let alone twitch a knee – but 14 tracks of exactly the same shit? Come on, Harris: this is a joke, right? Oh, wait, it can’t even be that. We’re not laughing.

You might be the biggest fan ever of I Created Disco’s preceding standalone offerings, but you’ll still be numbed statuesque by this slab of soulless, cheap-as-chips, Amiga 500-toned monkey-funk pleb-dance toss. Surely you’re meant to be able to dance to dance music? Equally surely, Harris has failed to recognise this simple equation, instead filling his first – and most probably last – long-player with beats that vary precisely not at all from song to song, vocals straight out of a Xanax-chomping teenager’s YouTube monologue about the state of, y’know, trivial shit, and an overall tone that’s consistent only in one respect: it’s consistently annoying.

“Stop me if I’ve said it before,” utters our would-rather-be-elsewhere (based on all the enthusiasm in his voice) protagonist on ‘Neon Rocks’, presumably unaware that nearly everything he’s ever had to say with his music was over and done with only a minute in to ‘Acceptable…’. This is a repetitive, patience-bending, mind-crippling, shit-shovelling slice of beyond-basic drivel. And, more importantly, you can’t dance to it. Unless you’re one of those battery-powered flower-in-a-pot things, with a crappy plastic guitar and huge sunglasses. Then you have no choice. Sorry.

Fucking shite, then, and as har har funny as getting stabbed in the eye by an old tramp’s decaying cock. Buy everything listed in that first paragraph and leave this to collect dust in the bargain bin. Or, better still, the bins out the back of HMV.