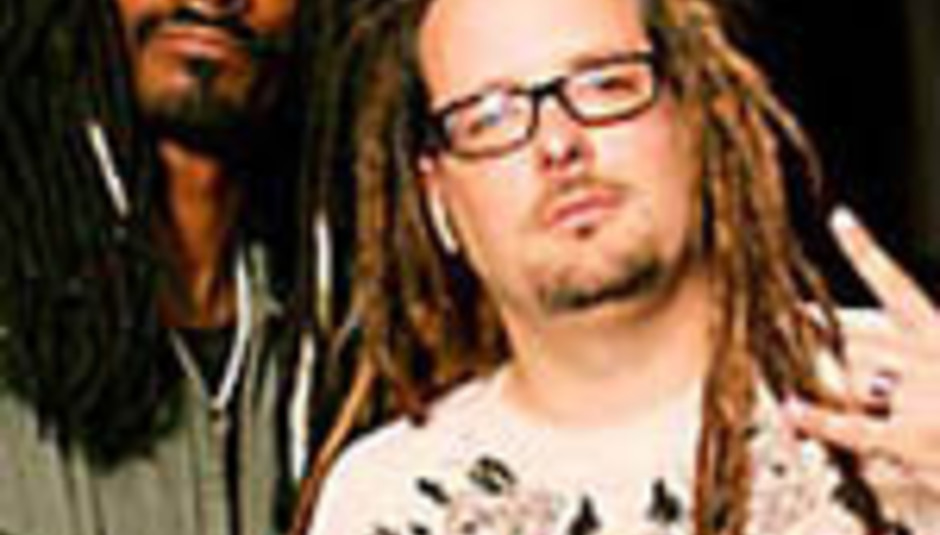 Korn's Jonathan Davis pulled out of his band's Download performance at the weekend, leaving a selection of the bands' mates to fill in on vocals.

Davis (pictured with one vocalist that didn't fill his shoes) came down with an unspecified illness and had to be taken to hospital. The show, though, must go on, and Korn played a selection of hits on Saturday night with guest vocalists joining in, details below...

Of course, Metallica suffered in similar fashion at last year's event, when drummer Lars Ulrich had to be replaced by Slipknot's Joey Jordinson and Dave Lombardo of Slayer.