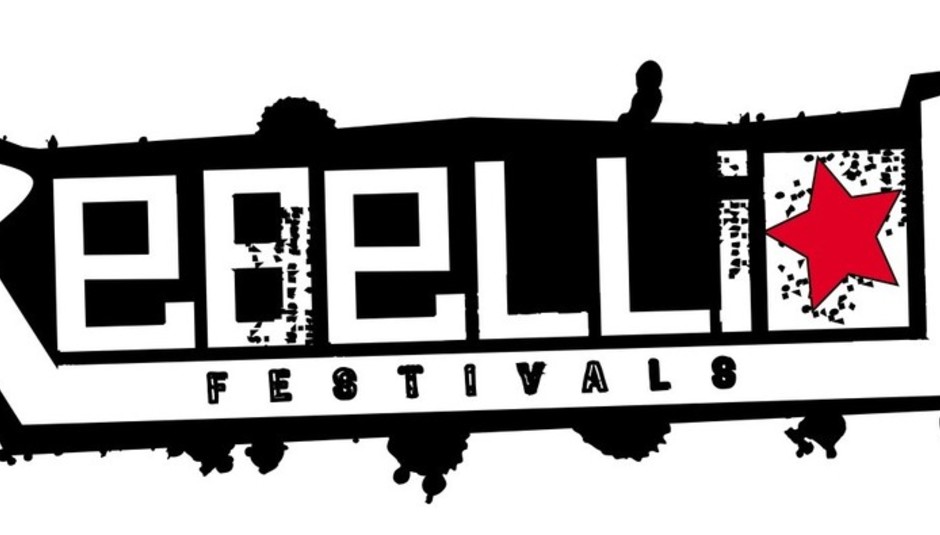 How To Organise A Music Festival #16: Rebellion

For our sixteenth installment of How To Organise A Music Festival, DiS went behind the scenes with Jenny Russell, one half of the team behind Rebellion.

As the longest running, largest, and most respected punk rock festival in the world, Rebellion is a festival that caters to both new and established acts from all around the globe. Having first opened its doors in 1996 as Holidays In The Sun, it's steadily grown over its twenty-one years both in the UK and overseas.

The UK event hosted by Blackpool Winter Gardens is regularly attended by 6000 people every year with the 2018 edition expected to be no different. This year's event is scheduled to take place from 2 to 5 August and will feature performances from over 200 acts including Public Image Ltd, Buzzcocks, Idles, Discharge, and The Lovely Eggs.

It's a real family affair as Jenny - who along with husband Darren is responsible for booking everything from the venue to the bands and catering - explains.

DiS: When did you first come up with the idea for Rebellion?

Jenny Russell: The whole festival started quite organically and has grown that way ever since. Darren, my husband and business partner, put on a punk festival (Holidays In The Sun) here in the Winter Gardens in the mid-1990s, and at the time it was the only event of its kind outside of London. It was a huge success, so we talked about doing it again the following year and it's continued since then, albeit in a different format to when it first began.

Has the festival grown significantly since it started?

Oh God, yeah! It did plateau out a bit for a few years but then it's taken a step up again recently. The first year we did the festival in Blackpool there were a lot more people in the venue than had bought tickets, then we later heard security had been selling wristbands for a fiver and pocketing the money. So the next year we moved it to the dome in Morecambe which holds 1000 people and it stayed there until 1999. Then we took it to Morecambe Empire which held 2000 people and pretty much sold out, so it's grown steadily over the years up to the 6000 mark we cater for today.

Do you see any room for the festival growing even further in the future?

I think it has grown organically every year. What I particularly love about it is seeing an increase in the younger generation coming. Parents who came to the first ones have now started bringing their kids, so it's become a family affair which is what we hoped it would be.

Will Rebellion be staying in Blackpool for the foreseeable future? Would you ever consider moving it again to a bigger venue in another town or city?

I'd like to stay in Blackpool. The Winter Gardens have always been very accommodating to us and even though it continues to grow, they seem to find us a bit more space to utilise every year. So I'd love Rebellion to remain in Blackpool for as long as it can. Even though neither of us are from here, it's a place that's always been close to our hearts.

Rebellion is returning to Amsterdam in June and has also taken place in various other parts of the world. Are you planning on taking the festival further afield in the foreseeable future?

We've got a few ideas in the pipeline. It's just a case of finding the time to be able to put them into practice. Hopefully, there will be a few more European festival dates to come.

Why did you choose a specific genre for Rebellion?

We were both very much into punk when we were younger so there was that commonality there. Darren lived in Birmingham and I was in London but we grew up liking and going to see a lot of the same bands. Also, lots of our friends are still into it so we always said if we had to choose which genre we'd create a festival around, punk would be first choice.

We have the festival in August, get the kids back to school in September and then we start again!

This year's event features a lot of current bands as well as acts from the first and second waves of punk. Idles for example. Do you think it's important to introduce new music to your audience as well as provide a platform for older bands?

Absolutely. Putting new bands on the Rebellion stage is something that's always been close to our hearts, so when the opportunity came along to book a band like Idles we didn't need to be asked twice. I think it adds to the excitement not just for us as bookers, but also for the fans as well. They want to see new acts as well as those they're familiar with. Going to a festival and discovering new bands you've never heard of is what keeps it exciting and vibrant.

In terms of demographics it covers pretty much everyone, but then at the same time with the festival's main theme centering around punk do you ever worry about running out of bands you can book?

It's a funny one because every year you put a line up together and think how are we going to top that? What are we going to do for next year? But then there'll be a number of bands touring that haven't played for a number of years or new emerging acts we weren't aware of twelve months beforehand so one way or another, it always comes together.

Who do you see as being Rebellion's main competitors in the festival market?

I don't know really. There are lots of wonderful festivals in Europe and America nowadays so people do have more choice than they did when we started. But then as long as we're here and people still want to come, we don't tend to worry about what other people are doing. We'd rather just concentrate on putting on the best festival we possibly can for our family of people that come every year. I think one of the reasons Rebellion has survived all these years is because it is a family. People have been coming here for years and they've met other people here who've become lifelong friends, so they get together at Rebellion every year. That's why I always say Rebellion isn't really a festival, it's a big family gathering.

What's been your proudest moment while working on Rebellion so far?

There have been loads! Getting the Buzzcocks to play for a third time was amazing. Putting The Damned on at the very first event too. They're both bands that we grew up with so to have them play our festival was a real honour. Booking Michael Monroe to play this year is definitely up there too. I've been a fan of his right from the Hanoi Rocks days so again, it's surreal that he'll be playing Rebellion in August.

If you could pick four headline acts for Rebellion past or present who would they be?

Thursday would have to be The Clash, just because it would be amazing to actually see the four of them back together again. Friday would probably be the Buzzcocks. They're one of my favourite bands and always sensational live. Saturday I'd go for Hanoi Rocks if we could get them to reform for one night only. Sunday I'm not sure, so I'll say either The Damned or the Sex Pistols because either would be a great way to finish the weekend.

What advice would you give to someone wanting to start their own music festival?

Don't! But seriously, book bands who you'd want to see yourself. Because the chances are if you want to see them other people will as well. Start small and don't aim to get too big too soon. Also, if you can offer something different to everyone else out there it's a good foundation to build on.

For more information on Rebellion please visit their official website.