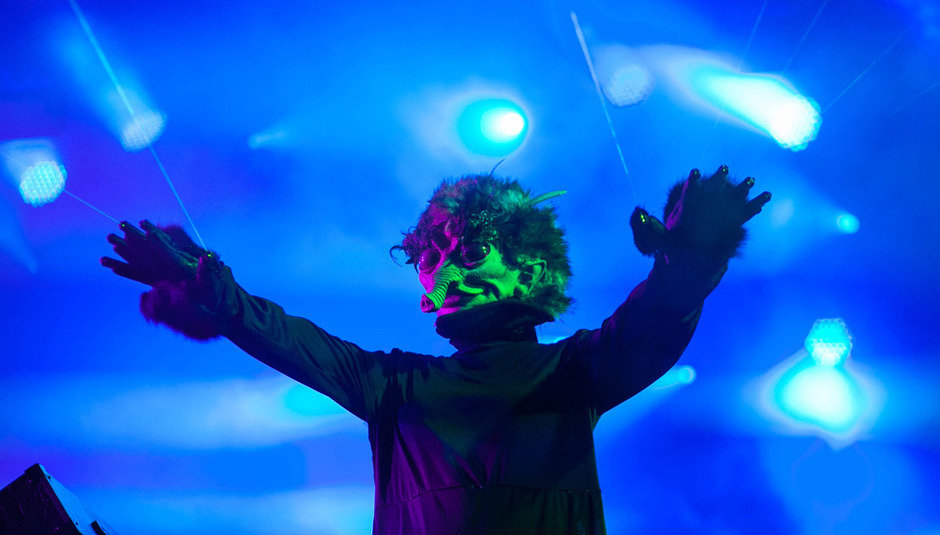 To celebrate M83's first three albums being re-issued to rave reviews, the DiS team (read: a bunch of massive M83 fans, who happen to write about other stuff) have share their personal favourite tracks by that alien-chasing French electronica wizard.

'Don't Save Us From The Flames'

Sean Adams: Those drums. I mean, seriously! If you're not air-drumming by the end of this tune you should probably give up on music. It's a tune with a verse that went far beyond The Drop, and a chorus that erupts like Flaming Lips lifting off in Apollo 13. And the juxtaposition makes for a joyous cocktail which shall henceforth be named Le Fuckyeah!

Rob Leedham: Made In Chelsea has bestowed many ills upon the modern world, but earning Anthony Gonzalez a truckload of cash is not one of them. You know how this one goes, right?

Dom Gourlay: I remember watching Channel 4's adaptation of Julie Burchill's 'Sugar Rush' back in the summer of 2005 and hearing this incredible wall of sound introduce the opening credits. At the time M83 were a band I'd heard in passing and very little else. Upon discovering they were responsible for the aforementioned wall of sound, I spent the next week delving into their back catalogue for anything I could find. So, thank you Channel 4 for introducing me to Before The Dawn Heals Us and M83.

'Skin Of The Night'

Christopher McBride: Such a haunting, powerful track, with erstwhile M83 vocalist Morgan Kibby giving a haunting vocal performance, like Kate Bush singing from beyond the grave. It's a song that haunted my dreams for many nights back in 2008. (Sidebar: I fell in love with the Saturdays=Youth album back in 2008, when I was starting to get into alternative, non-chart music for the first time. I'd discovered them through a remix they had done of Maps, who were the first real "alternative" act I became a fan of. When going through the year/end lists, I noticed that the DiS awarded the album its "Album of The Year" title back then, and I knew that I would very much enjoy this place).

Dave Hanratty: Hurry Up, We're Dreaming seems to be the most divisive entry into the M83 canon (probably because nobody seems to care that Digital Shades exists) and while I am a fan, I'd make the argument that there's one near-perfect album in here rather than two good-to-great ones. But hey, we might not have gotten 'Splendor' and that would be unforgivable. Small on structure, big on heart and huge on cathartic pay-off, this is M83 at its most pure; knowingly ostentatious and genuinely life-affirming.

Tristan Bath: This is so simple, and yet it's staggeringly beautiful throughout. In the mid-00s, too long had it been since a truly sweet, unpretentious piano ballad. Discovering our parents' tattered Goodbye Yellow Brick Road's and learning it wasn't Faith No More who did 'Easy' first opened up a whole history of heartfelt piano balladry that went beyond the forlorn grey English skies of the then-omnipresent Coldplay, and lived in romantic teenage dreamland, sound-tracking the prom night slow dances we never had on this side of the Atlantic, and all of those other latent Virgin Suicides fantasies . The second half careens skyward amid an ocean of the synth choirs that dominate Before the Dawn Heals Us, morphing the song from the greatest 70s piano ballad never written into a triumphant digital hymnal.

Sean Adams: Few acts could get away with that little spoken word poem, but then few acts manage to write such hideously overblown music. Nothing can sound out of place when everything is blooming marvellous.

Sean Adams: "It's very funny to be a frog!" One of the most brilliantly bonkers songs ever written, recorded and released. (Still confused that this isn't a sample from Miranda July's You, Me, and Everyone We Know).

Dom Gourlay: Like a flight of fantasy set to music. Makes my heart flutter and hairs stand on end whenever I hear it.

Dom Gourlay: As big and climactic as any song proclaiming to own the sky should be. Shoetronica at its finest. Also, check out James Chapman from Maps remix of this if you haven't already. It's ace.

DiScuss: What's your favourite M83 tune? Reply on our music forum, on Twitter with the hashtag #DiSlovesM83 or over on our Facebook page, and we'll expand this playlist to include your favourites.

Is this the grossest music vid of all-time? Eagulls 'Hollow Visions'