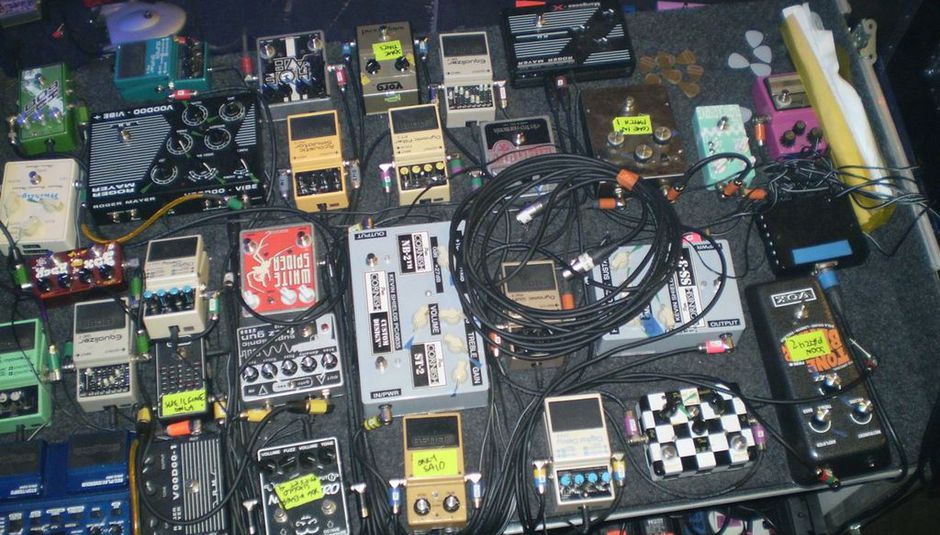 DiS has compiled a Spotify playlist of fifty hazy, ethereal, swooping, swirling, static-drenched albums from the pioneers of Shoegaze and the makers of Shoegaze 2.0/Stargaze/Nu-gaze/sandal-rave/whatever.

After several hours of browsing Spotify (if you don't have the software download it from Spotify.com), we've created this DrownedinShoegaze playlist of 50 albums as an introduction to the genre. We were limited somewhat by what was available via the service (wot, no Spacemen 3?) and took some suggestions on 20 albums from the Twittersphere.

There are also albums from the original trailblazers The Boo Radleys, Suicide, Cabaret Voltaire, Cranes, Swervedriver and Pale Saints. Plus we've included many LPs that clearly owe a large debt to the genre like The Verve's A Storm In Heaven, Maps' We Can Create and Blonde Readhead's Misery is a Butterfly (plus we threw in 23 for good measure!).

We won't pretend that these fifty albums are THE 50 DEFINITIVE SHOEGAZE ALBUMS, EVER... but that's where you all come in via the comments section below: which albums are missing? What would make your top 10 of the genre? Purists, should we have avoided anything verging on electronica or sh*tgaze? Pupils of the new skool, did we forget any recent decents? Too much Ride? The wrong choice of M83 album? Air too MOR? Should we have included slightly more from post-rock'ish acts like Explosions In The Sky?