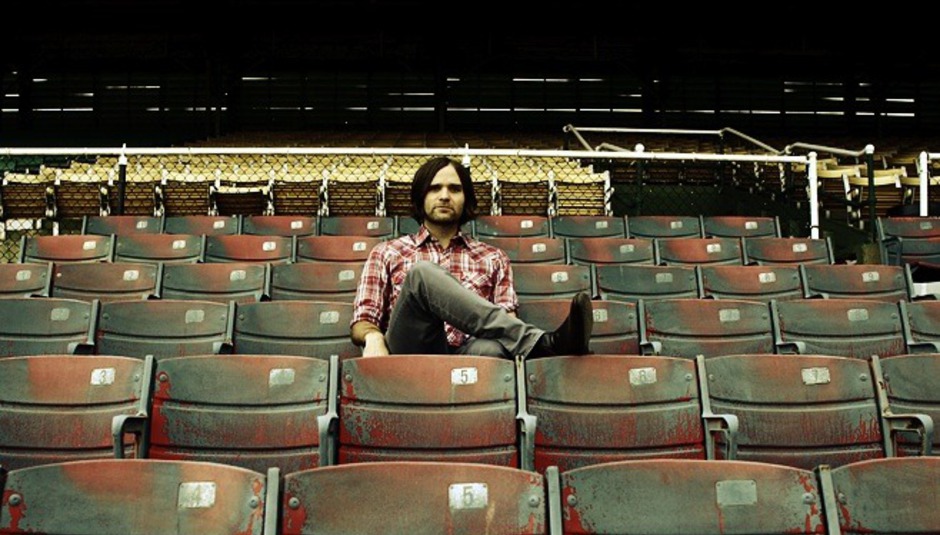 Music news these days can be kind of impossible to keep up with. It seems to be this constant scream of information, unintelligible by the sheer speed that it shoots by at, often borderline unintelligible in the first place – “what was that thumping past like an Olympic air defence missile about the one out of The Vaccines' twitpics from his holiday in Marbella again?” - and that being the case, DiS recently took the move to step away from news lest we're all sucked into some gaping cyber abyss of rumours, get-there-first reporting and regurgitated press releases.

So instead, we'll be bringing you a digest of the important goings-on each month in neat mixtape form. This month - Frank Ocean issues a statement on his sexuality, Death Cab For Cutie's Ben Gibbard goes it alone, Animal Collective take to the radio, Lykke Li leads a Fleetwood Mac love-in and more...

Before July crept into view, Frank Ocean was to the wider world just a peripheral member of rap collective Odd Future, the Californian controversy specialists' resident singer, the bandana'd hustler kicking clouds in the dust with his shoes waiting for a chorus to croon. Fast forward to August and a whirlwind month has made him a household name – first, a Tumblr'd statement about his sexuality, heart-wrenchingly detailing how his first love was for a man, emerged before the release of channel ORANGE on 9th July, his debut album proper following last year's Nostalgia ULTRA mixtape dry-run. Ocean's announcement - quite something from a man attached to a genre of music not traditionally welcoming of homosexuality - was met with praise from the hip-hop community though singer and convicted shit-kicking woman-thumper Chris Brown, never one to pass up an opportunity to expose himself for the tremendous chap we all had him for already, kindly took time out from his busy [redacted for libel reasons] schedule to issue a homophobic remark about Ocean to reporters in Cannes, confirming that there really is no end in sight to this man's swoonful charm offensive.

Peter Broderick – These Walls Of Mine II

Two years in the making, Portland songsmith Peter Broderick's recently announced fourteenth solo album promises to be a real departure, swapping his usual violins and delicately plucked guitars for rapped soliloquies, bad language and buzzsaw electronics. The album lands on 22nd October on Erased Tapes - one of DiS' favourite labels, you might have noticed - and is, in the words of the man himself, “a collection of lyrical and vocal experiments... held together by a dialogue of voices,” composed with the help of creative crowd-sourcing online. Did we mention there's bad language? Few could have predicted a Peter Broderick album would ever come with a parental advisory sticker but here we are, the classical experimentalist presumably kicking off a new “bad-ass” era in Erased Tapes' history that'll continue with the release of Olafur Arnald's Sex Tape Symphonies and a stomping gangster crunk mixtape from the newly rebranded Nils “Waka Flocka” Frahm. Presumably.

Death Cab For Cutie frontman Ben Gibbard is to issue a new solo album, Former Lives, on 14th October, it was announced earlier this month. The record will be his first since divorcing actress wife Zooey Deschanel but hold on just a second, all of you heartless bastards disappointed with the songwriter's recent poppier output and relishing the prospect of a return to the glum emotional down-spirals of Death Cab's early work – Former Lives was written and recorded prior to the breakup of their marriage, meaning you can leave your hopes for a diss track called 'Old Girl' (“Hey girl, what you doing? / Hey girl, my heart, you're bruising...”) at the door. 'Ichiro's Theme', the songwriter's ode to departing Seattle Miners baseball player Ichiro Suzuki, won't feature on Former Lives but is worth your attention all the same - a bright, breezy home run of a reminder of his effusive talents.

2010's Mercury Prize winners The XX returned with their first new material in two years this month. The tender 'Angels', another sparse, softly sung cut of washed out indie from the London trio, is the lead single from incoming second album Coexist, slated for release on 17th September. NB: not a cover of Robbie Williams' gravy-stained pub-karaoke-schlop anthem of the same name.

Fleetwood Mac are to reunite for a 2013 tour, according to Stevie Knicks. “That's the plan,” the singer told an American breakfast time news anchor on air, sending Michael Eavis scrambling around his apartment looking for that Sainsbury's receipt he'd written Christine McVie's number on the back of an eternity ago after bumping into one another in a Little Chef car park. The timing couldn't be better for a reformation, with their back catalogue currently being worked over by members of the indie fraternity for a new covers album featuring the likes of MGMT, St. Vincent, Antony Hegarty, Best Coast and The Kills. It's Lykke Li who impresses most though, capturing the bewitching daze of Rumour's 'Silver Springs' with near perfection. Just Tell Me That You Want Me: A Tribute To Fleetwood Mac is released on 13 August.

A liquidation notice filed by All Tomorrow's Parties' board of creditors sent everyone hysterically Googling what words like "liquidation" and "creditors" meant before it became apparent the company was simply restructuring, with all events still due to take place as planned... DiS thread

Bloc's inaugral London festival ended in disaster on 6 July with police and event organisers choosing to shut the event down due to overcrowding midway through the first night of the weekender. The company behind the festival has since gone into administration and ticketholders are still wrestling to wrangle their money back... DiS thread

Also returning was Natasha Khan, better known as Bat For Lashes, whose delicate piano ballad 'Laura' (above) marks her first new material in three years. Her third album The Haunted Man gets a release on 15 October...

Can we please stop stabbing one another at gigs now?

The 2012 Olympic Games arrived in London to the cacophonous sound of Fuck Buttons, whose fizzing beats-and-bleeps epic 'Olympians' played a part in Friday's Opening Ceremony. If we ever snare the World Cup, might DiS suggest Part Chimp's 'Hello Bastards' as an official anthem?

That's yer lot for now. Send your news, abuse and punctuation corrections to al [at] drownedinsound.com or find him at @al_horner.