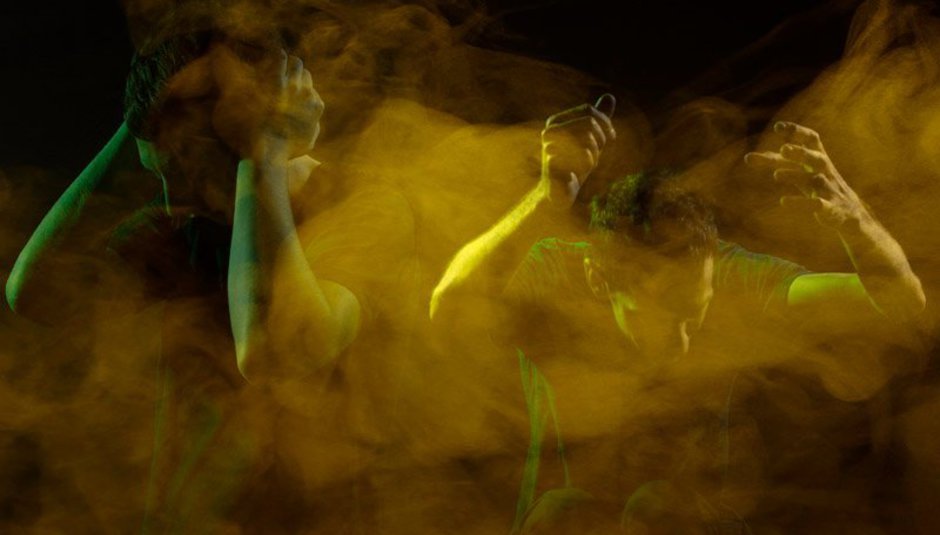 It is just two weeks until Latitude Festival kicks off! This is the second of our 15 selected acts that we think you should catch...

With so much to see on the line-up, we thought - in our role as an official media partner of the event - that you might like a few names highlighted. We kicked off our countdown yesterday with Perfume Genius, and hot on Hadreas' heels is an electronic duo who make our hearts swoon...

Alessio Natalizia (aka Banjo or Freakout) and Sam Willis (of Allez-Allez), are the duo known as Walls. Last year, they released their second album, Coracle. It's a record brimming with swooshing hazy electronica, but their music is so much more than a few lame descriptors ('hypnotic washes of sound' anyone?), but as Andrew Kennedy admitted in his review "after the initial 'You have to buy this record, it is fantastic!', there isn’t much else you can say, at least with assurance. I am confident that in some keyboard warrior’s vocabulary there is a sufficient, all-encompassing genre definition ready to be hoisted around the necks of the Anglo-Italian duo that make up Walls personnel, but even with that piece of syntax in your arsenal it is still almost impossible to accurately describe this record. The problem isn’t finding words to describe Coracle. It is finding words which haven’t been recycled to such an extent that it nullifies the meaning and passion that should be conveyed, leaving behind a horrible aftertaste of unrequited hype and déjà vu instead of the excitement and curiosity that this album merits..."

What else can I say? The London-based duo are signed to the brilliant Kompakt label, and have toured with label mates The Field (who recently remixed them and also play this year's Latitude in the same late night slot), and their live show is a heady mix of euphoric rhythms and throbbing beats, which should be pretty much perfect for your mindset by the hour when you catch them...

Walls have made us two mighty fine mixtapes, this first one is aimed to enhance your concentration (read more) and below that is a collection of the duo's favourite remixes.

Latitude Festival is the award-winning festival which takes at Henham Park on the beautiful Sunrise Coast. Bon Iver, Elbow and Paul Weller are all set to headline the 7th Edition which takes place from 12th 'til the 15th July 2012. latitudefestival.co.uk