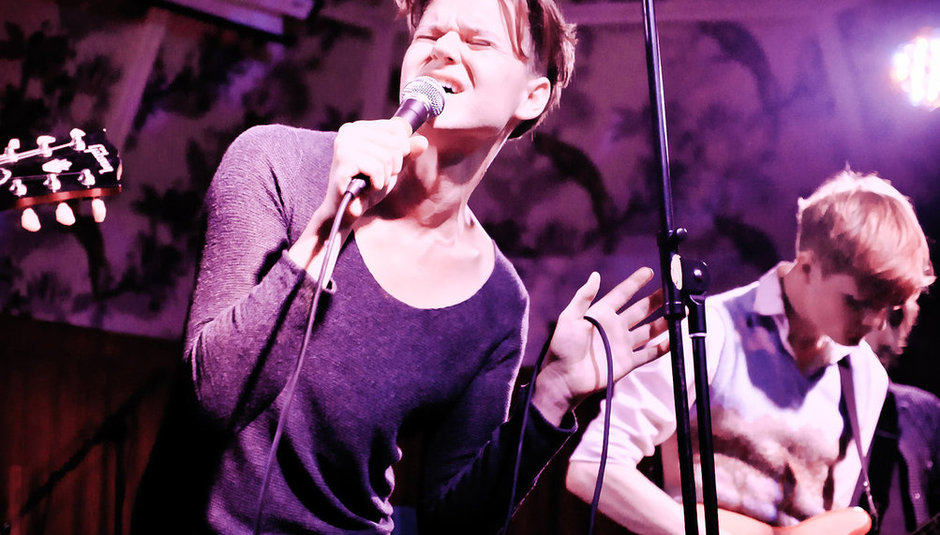 A Spotify playlist for this weekend's Camden Crawl plus win VIP tickets courtesy of Levi's® Craft of Music.

This May bank holiday weekend, there's some hoopla about a wedding or summat. There's also gonna be bands, booze and singin' in the streets of Camden, for the annual Crawl. Some of DiS' finest scribes will be hauling ass to the spiritual home of cider-goth to run from one public house to another, taking in the festivities. On the menu are big guns (Killing Joke, Simian Mobile Disco, The Lemonheads, Razorlight), DiS-favourites (The Phantom Band, Villagers, Let's Buy Happiness, British Sea Power, Dananananaykroyd, JoFo), exciting newness (Star Slinger, Dam Mantle, The Agitator), low-slung geetars, dirrrtee beatz, dusty strings and a crapload more things will be permeating from the halls and clattering through pub walls from noon 'til dawn in North London. For more about the festival read our special 10 years of Camden Crawl feature.

If you've not already got a ticket or you fancy an upgrade, well, you're in luck. Levi's, who're hosting Proud and have a heap of stuff going on - including the return of Graham Coxon at 9:30pm on Sunday night - have kindly offered us a pair of VIP tickets to give to you. With this VIP pass you will be able to brag about having the pass, and also jump some queues and get into the after-party..and possibly the after-after party.

To enter, simply tell us in the comment section below (it takes 2 seconds to sign up with Facebook connect): Where's the best place in Camden to grab some dinner before the evening begins, and what should we order?

Winner will be picked and notified when the competition closes at midday tomorrow (Thursday 28th April) and the editor's decision is final.

COMPETITION IS NOW CLOSED. Congrats to Ed Dicks who mentioned Hache burgers, which are truly awesome! For more details about Levi's Craft of Music and an additional chance to win, visit: facebook.com/LevisUK.

Visit thecamdencrawl.com for the full line-up and wotnot.

Photo of Frankie by Day Howarth