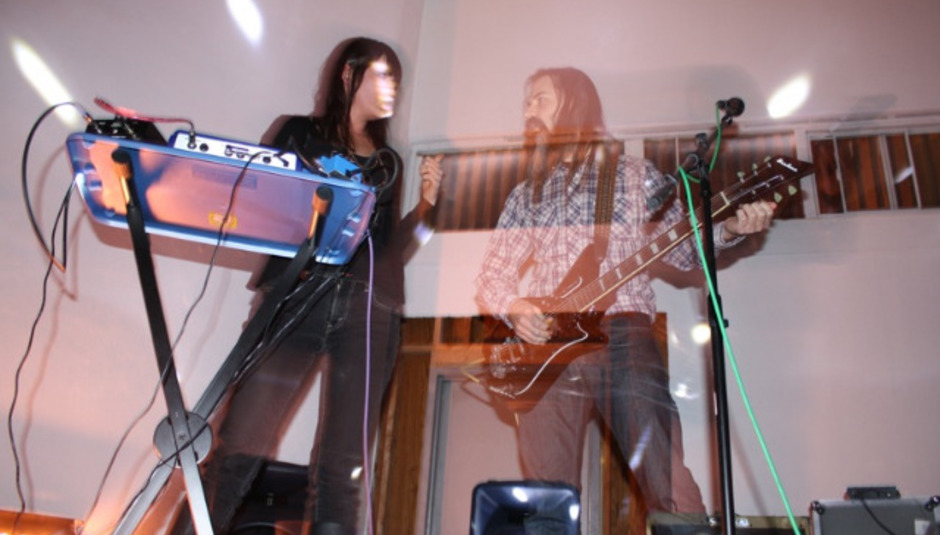 You may know the name Ripley Johnson from his time in Wooden Shjips. He's still in that band, but he's now got another project with his partner Sanae Yamada. They are called Moon Duo and will release their debut album on April 18 through Souterrain Transmissions.

There's also a free track available from that record. It's called 'Mazes' and also happens to be the title track. Get it either here, direct or using the SoundCloud widget below which also contains the artwork.

Although the band don't have any UK tour dates currently booked, have a peek at their MySpace if you're interested in their shows in the US, or y'know, the band in general.