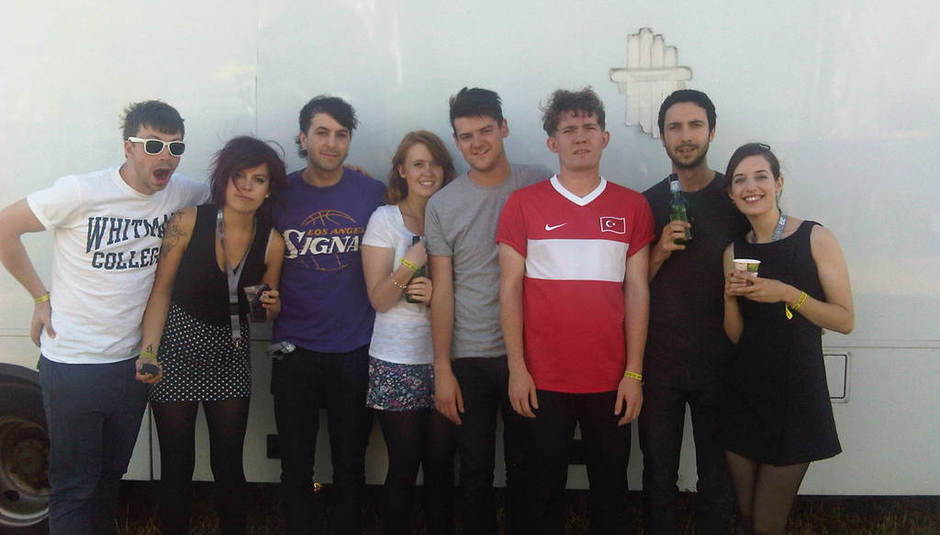 Earlier in the week we posted about an ongoing mystery surrounding Los Campesinos!. We didn't know what Heat Rash was all about, but now we do, as they posted about it on their official website. It's good news!

Here's the part where they do the explaining rather than I.

We at Los Campesinos! like to keep busy. The now traditional routine of being in a band: tour, record, develop drug addiciton, has long struggled to contain us. We've tried to cultivate as healthy and interactive a community around us as possible, through all the social networking means that this very century has to offer us, but, y'know, that's not quite enough.

For that reason, we are excited to introduce you to HEAT RASH.

Heat Rash is a quarterly 'zine and music bundle, from our hands, to your front door, including exclusive writing, artwork, music and more besides, available only as a result of being a Heat Rash member. Heat Rash is intended to allow us to act in the moment, to talk about what we want to, as a platform for other mediums of 'art', and to write and release songs in a more spontaneous way. This will hopefully allow a less formal, more fluid, DIY vein of work to develop alongside, and outside, of our album releases.

PLUS, there's also a free Christmas track you can download. It's called 'Kindle A Flame In Her Heart' and can be got from here. Not sure whether kindle is referring to the thing that Amazon make or not. Probably not, like.