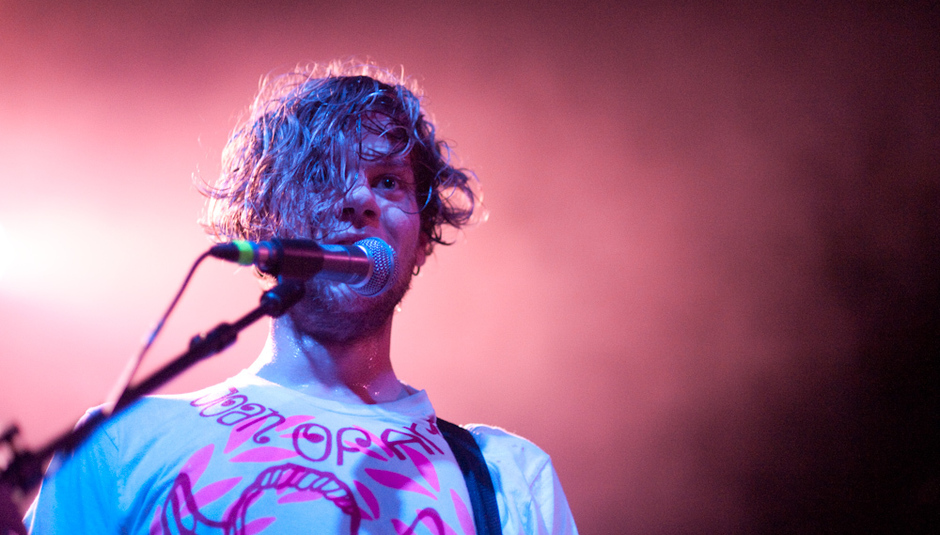 Oh Johnny Foreigner, where you been of late? What have you been up to? It seems like a great deal, actually, as the Birmingham trio have just (well, a few days ago) signed to a new record label, and along with it announced the release of a new EP, their first proper release since Grace And The Bigger Picture - their second full-length record.

Moving on from previous label Best Before, the band have now joined up with Alcopop which will be their home for the foreseeable future, as pointed out in their blog:

"we're really proud to say, our next couple of records will be released with alcopop. it's pretty rare to get a label that's genuinely excited by the increased need for creative and fun ways to sell records, and we're flattered that the one that has the bands we like also likes us."

Which sounds very much like good news to me. The first released with Alcopop will be an EP called There When You Need It, hitting digital and physical shelves on November 11. It contains six tracks, for your information. We look forward to it.

OK, so the headline in this article may be slightly misleading. They have actually announced the tour but they haven't confirmed any of the dates. Yet. Although, as they point out, if you have a look round on certain corners of the World Wide Web you can find some of them. But it'll be properly announced soon, and probably with a follow-up kinda news piece on this website.