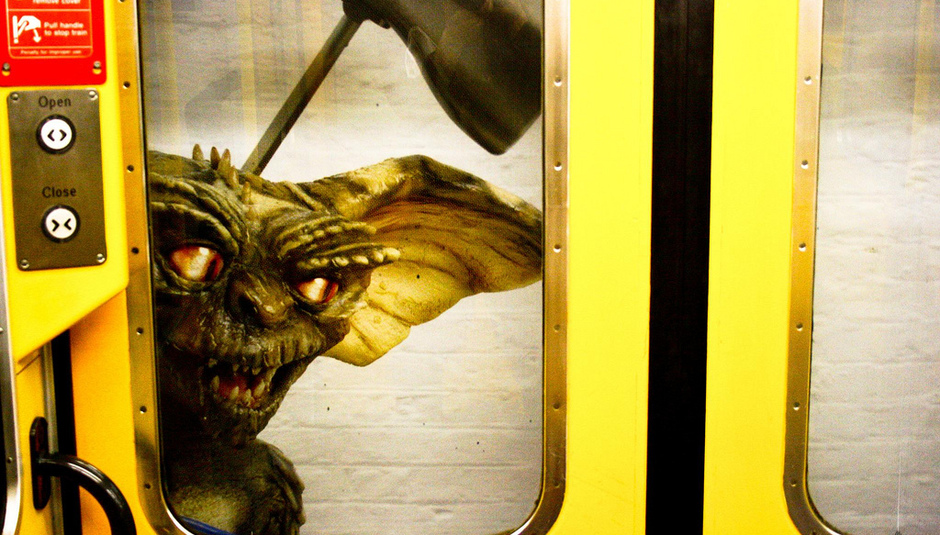 Ten or so years ago, when this very site was the merest glimmer in the eye of an internet still largely running at 56k, UK garage was at the peak of its commercial power. Rising from the ashes of the original rave movement via the second rooms of early jungle nights, it had fast become a mainstream force far exceeding that of its closest relatives. The two-step beat was everywhere, finding its way into chart hits across the board and making unlikely, if fairly temporary, stars of Craig David and even Daniel Bedingfield (yikes). But within the next year or two the entire scene - one that had been built over several years of hard work and innovation beneath the surface of the mainstream - simply imploded. What had once been a tight knit community collapsed in on itself under the weight of champagne 'n' cocaine excesses and infighting. UK garage all but disappeared from charts and clubs, splintering into a dense outward spray of modified forms. Some producers headed towards the wider regions of house. But centred around the London pirate station Rinse FM other less easily definable sounds began to coalesce, within the urban crucibles of East and South London – the earliest forms of dubstep and grime.

A decade on, and dubstep has reached the point at which it has tangibly begun to scratch the surface of the mainstream, several years after its symbiotic twin found fame and notoriety through an outpouring of press hysteria and Dizzee Rascal's masterful Boy In Da Corner album. At the more visible end of the genre, Croydon originator Skream has just released his second album Outside The Box, a record that draws as much from the crossover potential of pop music as it does from his pioneering early work, and his band Magnetic Man - alongside Benga and Artwork - move even farther in that direction, with largely uninspiring results. So it goes. But the skeletal shapes of early dubstep have found resolution in far wider ways than a simple growth in accessibility. During the second half of the noughties, a host of afficionados drawn by the closeness and restless experimentalism of the FWD/DMZ scene began dissolving its structural rigidity entirely. Kode9's Hyperdub imprint, the Hotflush, Hessle and Hemlock crews, and a web of Bristol labels centred around the twin peaks of Tectonic and Punch Drunk simply dispensed with the genre's conventional logic, and began morphing its basic framework - sub-bass, 140bpm, halfstep beat - into new and unprecedented shapes.

The last three years have been an exciting time for followers of UK bass music. Far from simply stagnating into predictable shapes - though undoubtedly there is a side of the community that has remained happy to do so - the scene surrounding dubstep has exploded outwards in a dizzying array of colour, texture and shape. More exciting though has been its effect on other electronic music genres, to the point where it’s become remarkably difficult to determine where one ends and the other begins – or whether there really is such an easily described ‘thing’ as dubstep anymore. Berlin, especially Basic Channel’s gaseous techno and the digital dub of Rhythm & Sound, has found unsurprising common ground with London's bass 'n' space ethos; the experimental electronica of the Highpoint Lowlife label has increasingly adopted sub-heavy influences and given birth to a host of odd mutations; and the current wave of UK funky and instrumental grime has further blurred the lines between styles and sounds. It’s even filtered across the pond, finding its insidious way into the mindbending hip-hop of LA’s Brainfeeder collective. It's getting pretty difficult to use 'dubstep' as a catch all term these days, and the scene is as diffuse and tough to track as it’s ever been.

So on to Subliminal Transmissions. As part of DiS's tenth birthday celebrations we're running a week of features that aim to explore at least some of the regions dubstep's influence has expanded into. It’s never going to be comprehensive – there’s simply too much going on for that – and the fragmented nature of UK bass music makes it a challenge to easily encapsulate everything under a single banner. Instead, it’s been an opportunity to examine current trends and isolate some of the most exciting recent developments, alongside revisiting older ones. Those involved have all been in some way involved with these shifts in UK-centric electronic music, and accompanying the week’s features will be several exclusive mixes, kicking off today with a twenty-five track chronology of dubstep’s evolutionary development. Melissa Bradshaw interviews Digital Mystikz’s Mala for the first time since her excellent Plan B article in 2006 opened bass music’s development to an even wider audience, Thorsten Sideboard offers some thoughts on running a label in the digital age, and blogger Simon Docherty examines a recent resurgence in instrumental grime. More than anything, though, this week should be an opportunity to provoke thought and debate: there is no shortage of devotees within the DiS community, and hopefully this week will inspire further discussion. Keep it locked.

You will find all of this week's content compiled here: http://drownedinsound.com/lists/10-years-of-dubstep