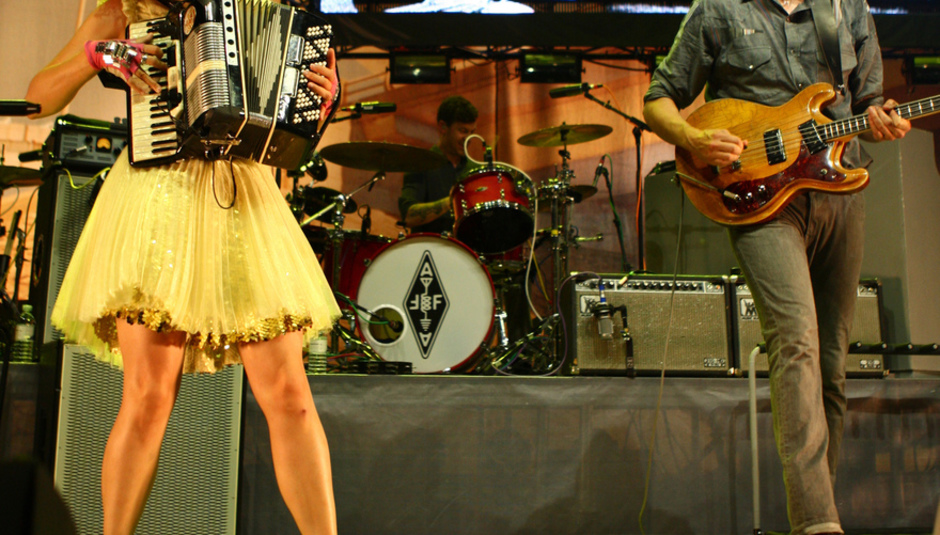 Following on from last week's release of their third album, The Suburbs, all-conquering Canadian collective Arcade Fire have announced a few dates in the UK for later in the year. Much later in the year. Right at the end of it, in fact.

Thankfully Wales and Scotland are not neglected this time, so no moaning. There's also dates in the usual well-populated cities and one in London, of course. Anyway, I suspect you'll want to know just when they are! So here they are! Are! R!

Tickets for these dates go on sale Friday August 13 at 9AM from a variety of places. The variety includes these outlets: LiveNation for London and Birmingham, Gigs And Tours for Cardiff and Manchester and PCL Presents for Glasgow. Sorted.

Read our recent review of The Suburbs here.