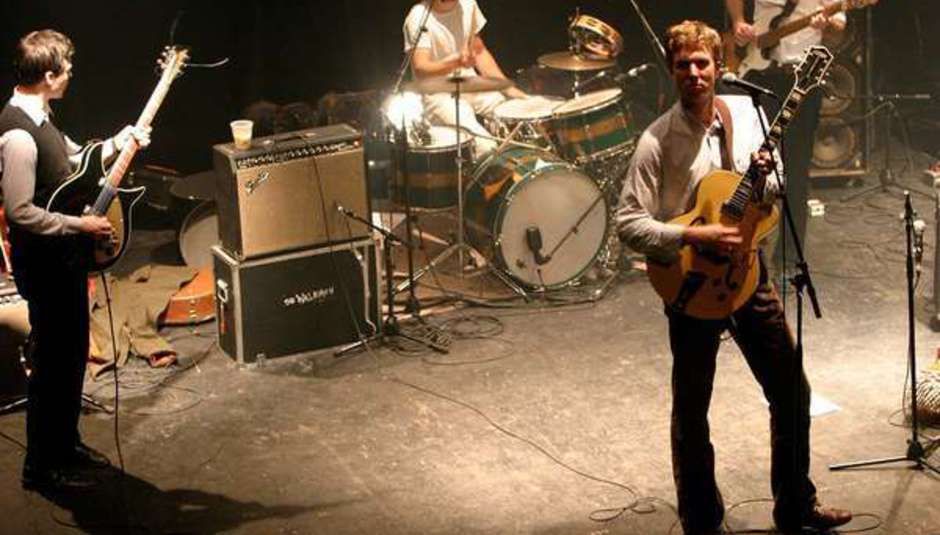 The Walkmen will release their sixth studio album later this year through Bella Union. Wonderful news. It's called Lisbon and will see release on October 11. There may be a little while to go before that date but, to whet your appetite I guess, there's a track from the record available for download, entirely for free.

It's called 'Stranded' and can be obtained by clicking your mouse here. Enjoyable? Let us know. Anyway, the tracklisting and artwork for this particular album are both below: And the title of the album and its finishing track? Well, it wasn't where most of the album was written, but they did have a few inspiring visits to the Portuguese capital:

“None of us had ever been there, and we were really blown away by the place. The topography and architecture are stunningly handsome. It was a trip that outshone a lot of others. We’ve never had much luck in Europe, and the Portuguese were surprisingly accommodating. I think those two trips really helped keep us motivated while making this record. We named the record Lisbon as sort of a ‘thank you’ and a small tribute.”

So there you go!