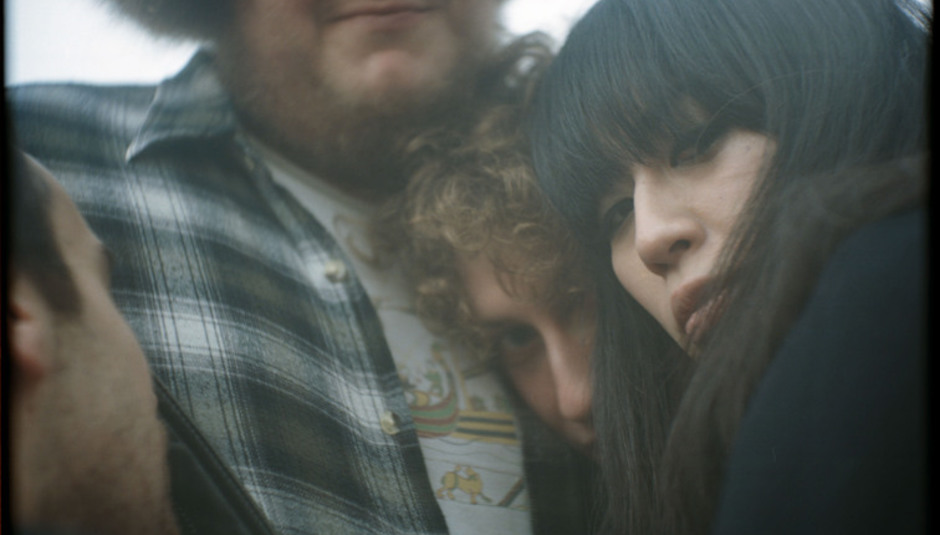 We've been hearing an awful lot about Yuck through a variety of different mediums in the last few weeks, including on our own boards. So we decided to seek them out and yeah, agreed, they're pretty good.

We also thought you might be interested to know that they're offering a free download of one of their tracks, 'Suicide Policeman' from their blog, which can be visited here. You don't have to go there, though, you can just get the file straight from here. It's all very jolly and contains some super chord changes in the chorus - which is the best bit, obviously.

WARNING: It is in M4A format, but you'll most probably have some kind of software to deal with this. But just sayin'...

It is accompanied by this lovely piece of art:

They also have plenty of dates lined up, starting off with a performance at Dalston's Land of Kings festival this weekend.

Yuck also recently released a single, 'Georgia', for which you can watch the video below: