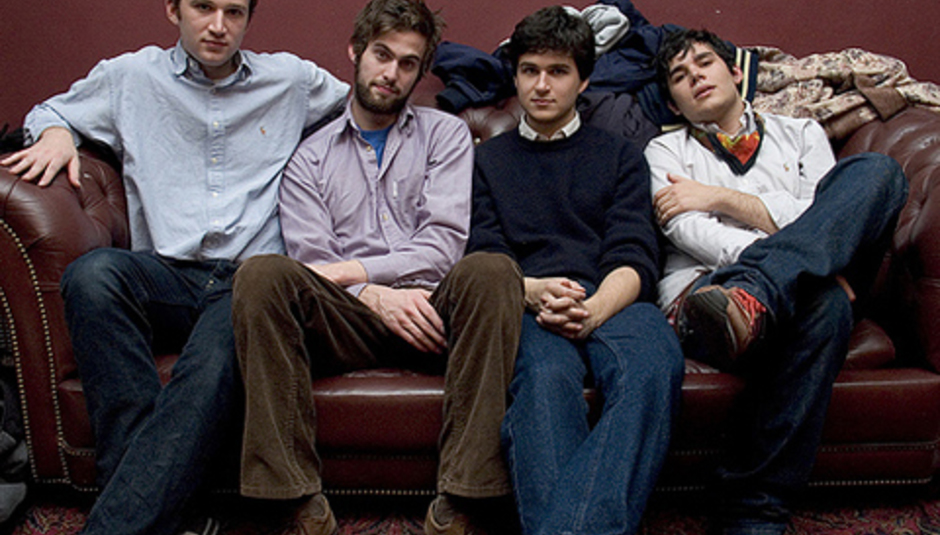 Quite-popular afro-pop (!!!) quartet Vampire Weekend are to play a show at London's Somerset House, on Thursday this week, which just so happens to be January 14. It's outside, too, so the chances are it'll be fucking cold and/or possibly quite wet, though I must admit I haven't seen the weather forecast for Thursday.

The band, who released Contra earlier this week, will play the FREE show above the ice rink which is currently in place at the 'venue'. The good - or perhaps bad - thing is that there isn't any real ticketing system, fans just turn up on the day. First Come First Served. Maybe some will be dissuaded by the weather, who knows?

The first 50 people to arrive will be given the chance to ice skate on the rink for free. You don't have to if you don't want to, you understand. After all, nobody wants to stand in the cold watching Vampire Weekend with a broken coccyx. It starts at 5.30PM, for your information. On Friday they also play a Rough Trade in-store and an album launch show at the Visions Video Bar in Dalston.

Watch the video for 'Cousins' below:

Read our review of Contra here and read the band's track-by-track guide to the album here.