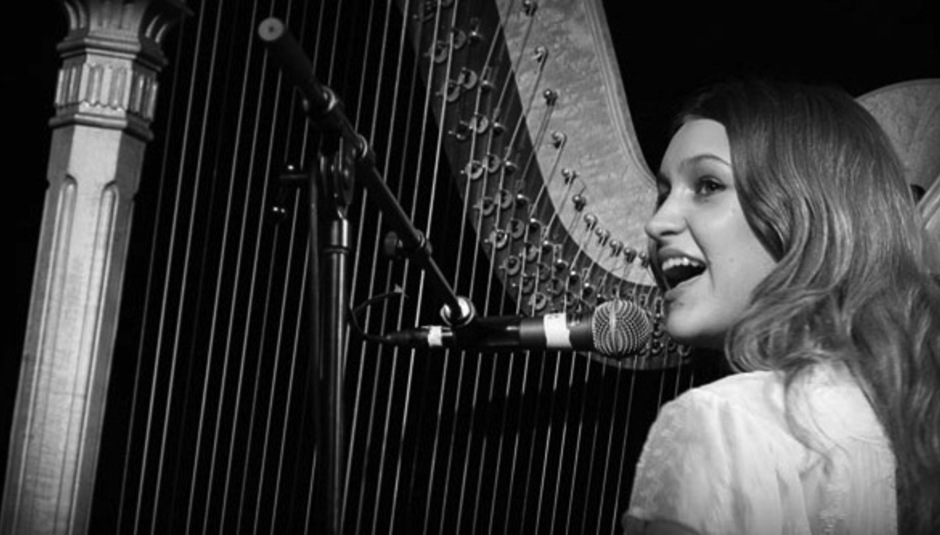 It's been a little while since the delectable Joanna Newsom has featured on these news pages, ever since the 'news' that she was going to release a new album at the end of the year, which evidently never came to being. Sadness in the extreme.

HOWEVER, thought it won't be released THIS year, it'll probably be released some time next year, as the rumours state (and this is as good as fact), that she's recently finished work on her new album (via Exclaim and Sterogum). It was recorded in Tokyo, where collaborator Jim O'Rourke resides. So that's something to look forward to in the new decade, which is yet to be named.

Elsewhere, she's been filling her time with various other escapades, including modelling for Armani, as part of their campaign for United Artists, where they get creative type people to wear their clothes, just like real models do. Lykke Li is also involved. Songstressness. Here's what J-No looked like, all dolled up in a seemingly physically impossible pose: Here it is in video format. Newsom pops up at about 1:20, and practices her modelling look whilst being blasted by a fan.

AND I bet you want to know what she's wearing, right? Well, if Alex Petridis can bang on about fashion then so can I. For a bit.

Probably quite expensive, but I'm sure you can get some imitations from TK Maxx, Matalan or somewhere like that. TESCO.