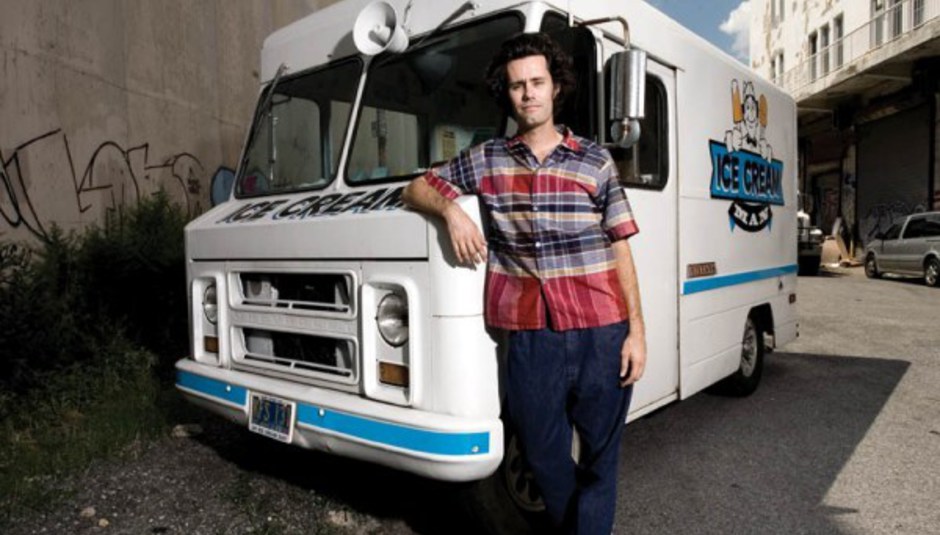 Some of you may have heard of The Ice Cream man, though the chances are that you haven't. Which is fortunate, because this whole series we're running will be the perfect opportunity for you to acquaint yourself with this unconventional figure of a man. He looks a little like Jim Carrey.

That's exactly what he did. He also thought it'd be a good idea to film it, and why not? Over the course of the summer and his road trip he took in 15 music festivals, distributed 200,000 or so free ice creams and messed around with 60 of the hottest AND hippest bands on the way, each condensed into an episode, playing live, talking or jus' hanging out.

The shows have been streaming on Babelgum, but we thought we'd run the best of them here this week. We've already run Part I, Part II,so here's Part III already!

We've fired him over some questions too, so we'll let you know what his favourite ice cream actually is as soon as he tells us. In the meantime click below for the four videos, featuring No Age, Circulatory System, Band of Horses and more! Keep 'em peeled for tomorrow's final edition which will, hopefully, have his answers too. If not we may well make them up. Jokes!

No Age and Atlas Sound