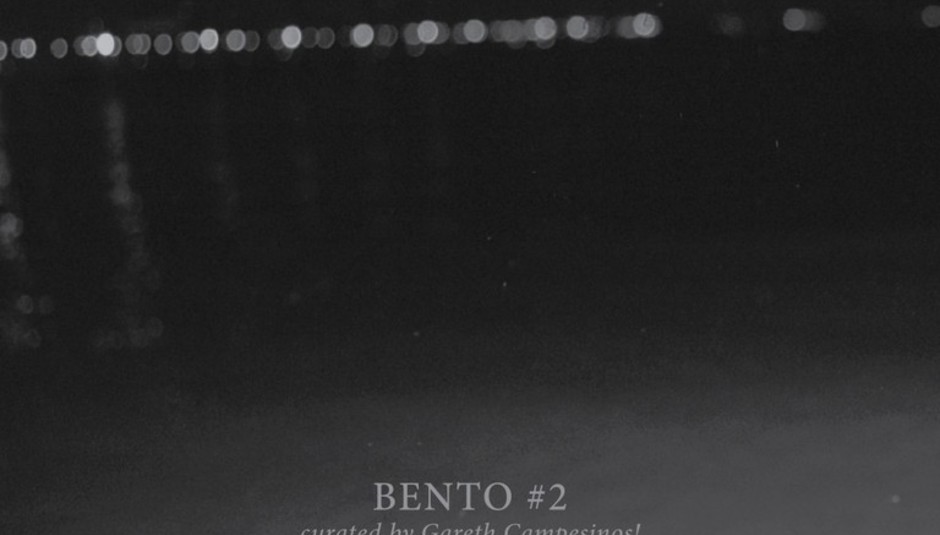 'What in the Sam Hill is a bento?' must be a common question from those outside of Japan. Well, apparently it's not just a box/device used for storing and eating sushi, it also comes now in digital musical form, with Turnstile music doing a whole series of Bentos (if anyone knows the plural, please correct...).

The second in the series was released a short while ago, and was curated by Gareth Campesinos! from Los Campesinos!, obviously. Not his real name but his stage name, you see.

His tracklisting was as follows:

And Gareth says of his Bento:

“These are four songs from a dark place. At once utterly vulnerable and completely biting. Zola Jesus and Former Ghosts have released, or are shortly to release my two favourite records of the year, in The Spoils and Fleurs, and Elbows Like Swords and White Ring represent bands I am longing to know more about and desperate for a full length from. Best listened to with the lights off”.

Turnstile is currently home to San Fran's Girls, Swanton Bombs, Perfume Genius and Video Nasties, all of whom are brilliant and featured on Bento #1.

To get your paws on Bento #2 visit Turnstile Music and sign up to their mailing list. This, of course, entitles you to the previous bento and all forthcoming bentos in the series.

So those of you who didn't know what a bento was are now slightly more educated in its ways, and can also get your hands on Gareth's bento for free by visiting the above link. Happy Thursday!