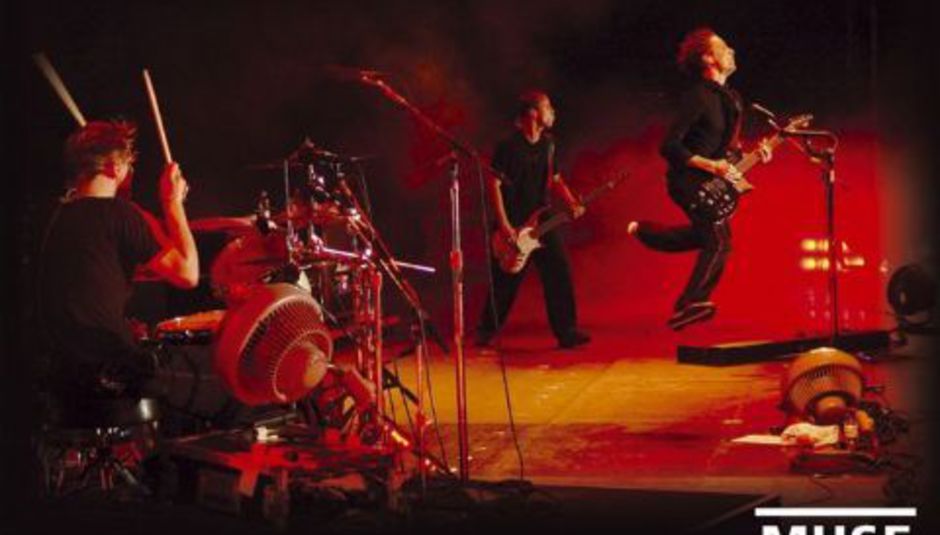 Yesterday, DiS caught up with Muse to discuss their new album but Dom let slip details of the live show for their forthcoming tour...

"There's going to be some good video usage. We're going to be on some big moving LED structures, so we're all going to be moving up and down at different levels and actually playing quite high up in the air, which is something we've never done. We're going to be on these floating cubes of video *laughs maniacally*. Individual cubes, all like moving around. They're like massive towers and there's three of them with lots of video."

Dom also said that it won't be the standard stage set-up:

"I think we're going to be doing a few shows where we're going to have fans all around us. Not in the middle of the room but we've designed the stage in a way so that the crowd can fit all around us. Everyone's going to have a great view and get the whole show, even if you're sitting behind us, not just the back of our heads. There's going to be lots of spinning around and stuff like that. It won't be as big as U2's tour of hundred and twenty trucks, I think we'll fit it into about three."

But it sounds like this stage show could have been even more bonkers, with Dom grumbling:

"Most of our ideas get shot down by health and safety and it starts out much more ambitious than it ends up being but we're always trying to push it to the limits of the laws. This time we worked with a lady called Ez Devlin who's designed lots of operatics sets and she's been very great to work with, she's very creative, we bounced a lot of ideas around."

Check back later today for part 1 of our full Muse interview where they reveal how they feel about Teignmouth, touring the USA with U2 and discuss their forthcoming album The Resistance.