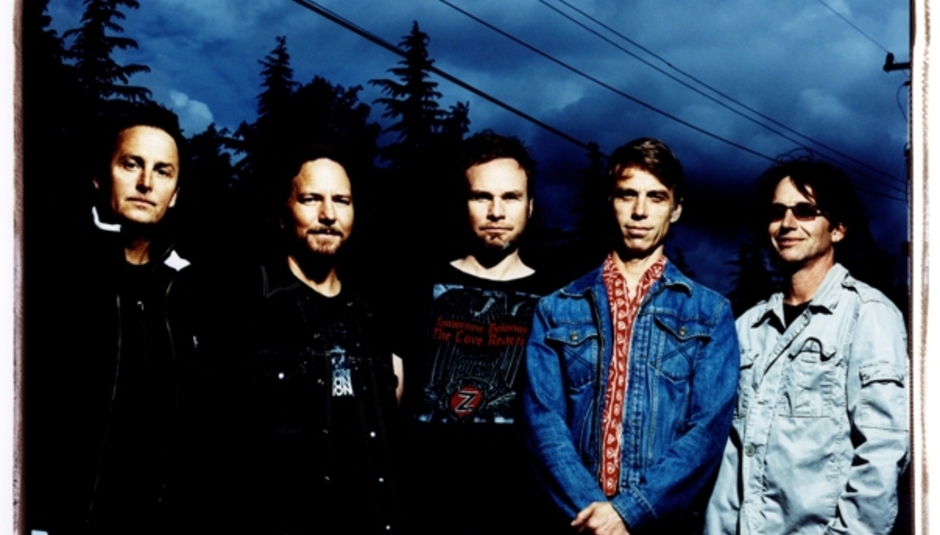 Here at DiS towers, there are three tribes of people: the prejudice-bound malcontents who don't like Pearl Jam, the good-looking geniuses who do, and Sean, who is still listening to the Friendly Fires album (JUST JOKING).

Anyway, Eddie and chums have a new album coming out on September 21st. It's called Backspacer, it is preceded by a single called 'The Fixer' (Aug 24 digital, Sep 7 physical), it's produced by the mighty Brendan O'Brien (after a sad absence at the desk), and we are cock-a-hoop with delight to reveal one-ninth of its artwork.

"ONLY ONE-NINTH!?!" you scream in anguish?

Well yes, but click on the image and you'll be transported to a magical other web page where 'The Fixer' is playing and the DiS portion of the artwork is filled in. AND YOU WILL NOTE: there are eight empty slots. Yes, like a low-rent internet version of Indiana Jones or Harry Potter or that dude from Pokemon, you must trawl the internets to find what other websites are carrying the remainder of the artwork. And when you do so you get yrself a shiny new PJ song and a sneak peek at all the artwork. We honestly have no idea who the other eight are, but, er, we jolly well hope they're credible.

So happy hunting, or if you're too lazy just wait until somebody posts the whole solution below and enjoy this live performance of new album track 'Got Some' in the meantime.

Video: Pearl Jam: 'Got Some'