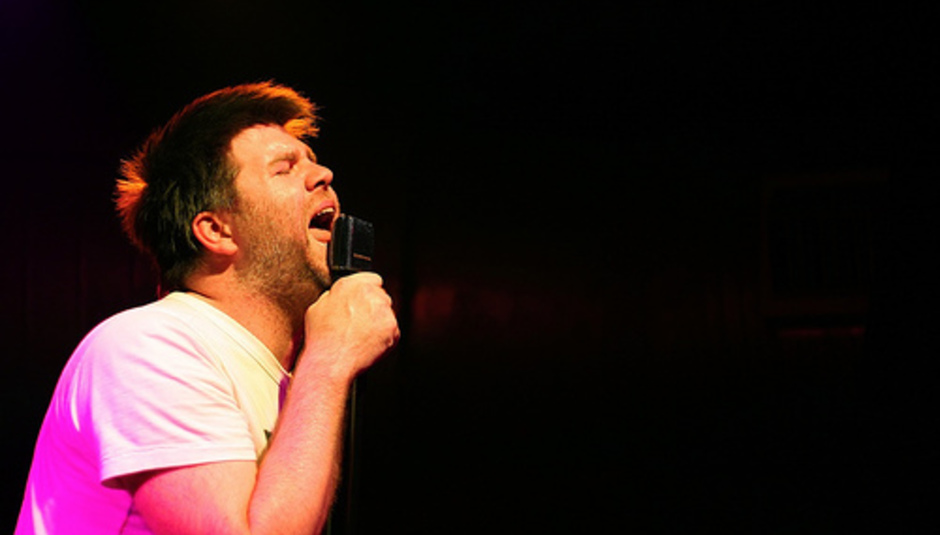 The Nike-commissioned LCD Soundsystem work-out track '45:33' is to be remixed by a bunch of artists like Prins Thomas and will be released on a set of 12" later this year. Physical and digital copies will be available later on September 14 through DFA Records/Parlophone.

The original was released physically in November 2007 after being available exclusively on the Nike Music store on iTunes.

Each artist will not be remixing the whole damned thing - that would surely be too much for anyone to handle - but segments of the track, which is actually longer than its title suggests. Curious.

The remixes will be done by the following people and ordered as below:

Meanwhile back at the Batcave, James Murphy is working on the follow-up to LCD's 2007 record The Sound Of Silver, which actually made it onto everyone ever's "Best Of 2007" End Of Year lists.

Familiarise or re-acquaint yourself with the original recording on Spotify by clicking here. Or, watch 'Someone Great' below, parts of which were used in '45:33'. It is an unofficial video, as for some reason the intelligent people at EMI won't allow embedding of their own artists' YouTube videos.

I prefer this one, anyway.