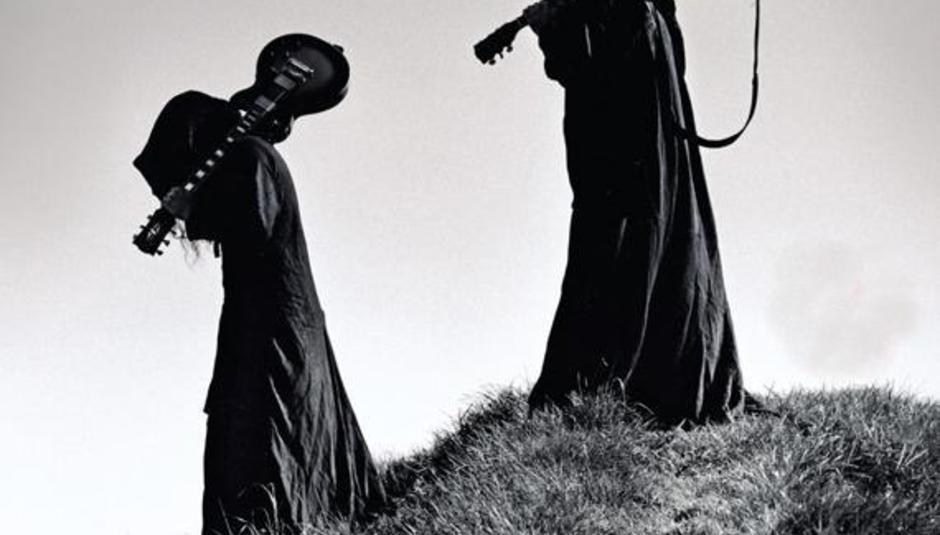 A Supersonic festival without Stephen O'Malley is a bit like Christmas without Santa. Except with drones that'll make you lose control of all bodily and emotional functions subbed in for presents. Depending on what it is you ask for at Christmas, I suppose.

ANYWAY, Capsule's Birmingham-based Supersonic festival just got about 14 per cent more ominous with the addition of the mighty Sunn O))). To give you a quick reminder - they put out an album called Monoliths & Dimensions this year, one so monolithic and dimensional that John Doran had no choice but to offer it a full 10/10. Man, it'd be awesome to hear it live.

Yeah, so they're not playing it live - this'll just be O'Malley, Greg Anderson, several warehouses worth of speaker stacks, and a complete run through 1998's variously re-released and reformatted GrimmRobe Demos, the Earth-inspired odyssey that kicked off one of most storied careers in modern avant-music. No word yet on exactly how old skool they're going to be - the vinyl and CD reissues both included an extra track - but innard-vibrating awesomeness and a healthy dollop of monks' robes are a given.

Supersonic takes place July 24th to 27th in the picturesque town of Birmingham, and you're basically a pussy if you don't go. www.capsule.org.uk/supersonic