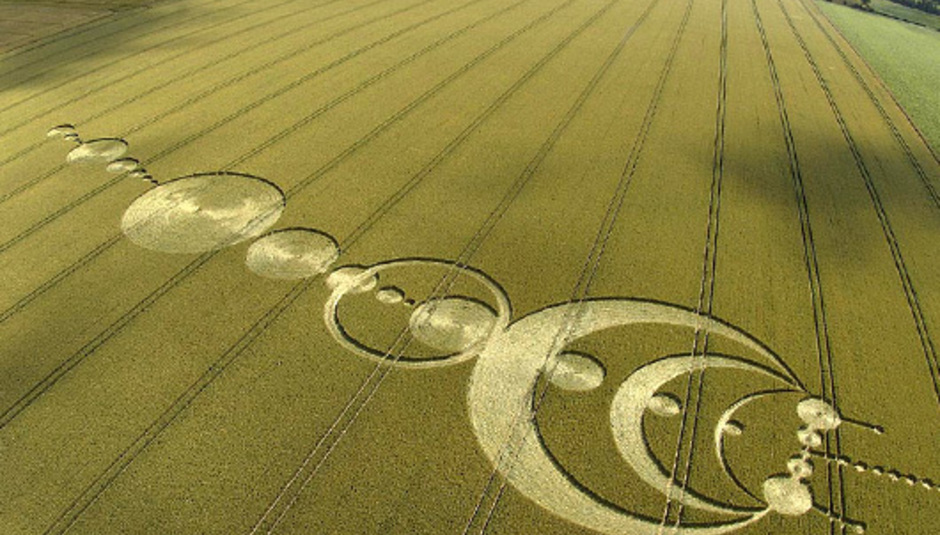 Boredom? Intrigue? Egomania? An attempted communication with other life-forms? What could posses anyone to make a crop circle of their own head.

Well, it seems Mr Skinner wanted to turn an image into a song when he first set out on this ambitious mission before settling for just making a crop circle. Either way he was ridiculously determined to complete the project.

The final effort, flattened near Glastonbury, was pretty impressive. But just HOW did they manage it? They start off trying to make a 1m x 1m grass crop circle...

"Rembrandt's mastery of light and shade has never been repeated."

Then they buy a top-of-the-range strimmer, and get to work on site.

"That's the reason they don't do grass circles, they do corn circles, coz grass can't be encircled."

Ah, so it's not actually like a PROPER crop circle after all. You've just cut the grass in the shape of your face. Still, A+ for effort. B for execution.

But wait! There's a big ole tractor! He somehow manages to hire a helicopter, too. A bit like Anneka Rice, really.

"There were nuns lying in the street because they had no accommodation."

Next year, Skinner hopes to have those headphones surgically removed.