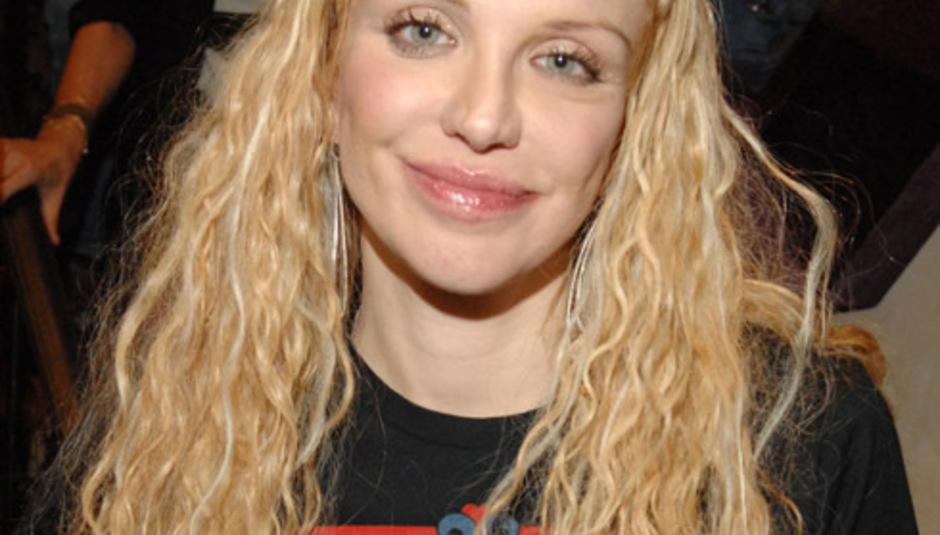 Some time around 2004, DiS got mildly excited when Courtney Love released her first single as a solo artist. Many would disagree, but 'Mono' was something of a choon, and hopes were medium high that parent album America's Sweetheart would be as fine an outlet for the pop side of Ms Love as Hole's swansong, Celebrity Skin.

The next few months are a little blurry - a vague recollection of wandering into A&B Sounds in Vancouver and purchasing the record, followed by a red mist that only lifted when we'd basically forgotten what it sounded like. Which wasn't that long, fortunately.

Anyhoo, the former wife of Cobain has spent the last five years arguing with people about money and barking like a lunatic on Twitter, occasionally breaking off to make an NME journalist feel important by beckoning them aside to tell them about her second solo opus, the long due - if not overly anticipated - Nobody's Daughter.

The latest twist in the saga is that in her most recent taking aside of an NME journalist, she's declared that Nobody's Daughter will be a Hole album, due later this year. Ah, well it'll be good to have Melissa and Eric around to steady her up, eh?

Er. Yeah. Quite aside from the monumental egotism of retaining a singular title for the record, Eric Erlandson isn't aboard, and Melissa Auf Der Maur only appears in a limited capacity.

Instead co-writer and guitar credits fall to Micko Larrikin, formerly of Larrikin Love; you never really know how these things happen, but given Ms Love's fondness for the in crowd, we'd conclude Larrikin's selection comes about because his old band's fleeting existence must have coincided with the last time Courtney, reality, and the UK happened to have a partial overlap.

The rock Courtney didn't really go away, but I needed a rock partner. I have my rock partner now.

Wise words. DiS wouldn't be so churlish as to write off Larrikin as a 'rock partner' on the grounds that Larrikin Love made straight up Brit indie with a few interesting folk flourishes. Nope, the man may have hidden depths.

However, even if he turns out to be the single most talented human being ever to weird an axe, we're still fairly confident in saying that if Nobody's Daughter isn't a strong candidate for the worst album of the decade, it will only be because a) America's Sweetheart was released this decade and b) Nobody's Daughter probably won't be.

However, if it sounds like the below, then, uh, we'll call it even, yeah, Courtney?