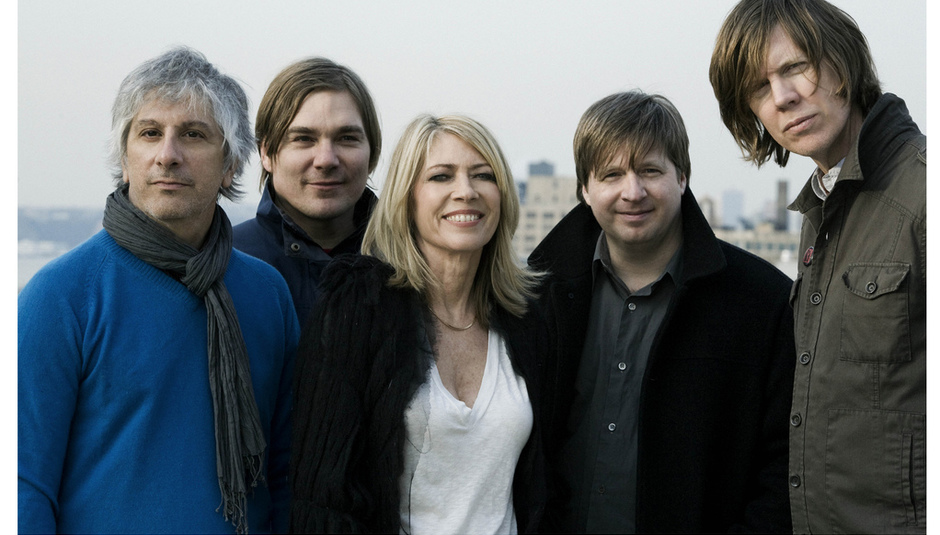 Got any plans next Monday? Yeah, DiS had some too. We were going to get married and then cure cancer. Maybe save some orphans. Screw THAT - instead we'll be loitering outside London's Scala frantically haranguing all and sundry for tickets for the short notice date just announced by popular avant garde music combo Sonic Youth.

Tickets are available to purchase online from 10am tomorrow (Tuesday 21st April) from www.gigsandtours.com. They're priced at an, uh, reassuringly expensive £25 a pop.

In further Thurston and co related news, what has to be the longest advance campaign ever for a SY album (wasn't The Eternal announced in, like, the Triassic era?)finally bears some palpable fruit today in the form of the song 'Sacred Tricker', two minutes of Kim-tastic hardcore which you can grab yo' self from iTunes or the Matador blog now.

AND YET STILL THERE IS MORE. If you preorder and pay for The Eternal at selected indie retailers now, you’ll be able to make a mockery of imbeciles waiting until June 8th to buy the record from their local Woolworths or Our Price or CD Zone or wherever.

Hit up www.buyearlygetnow.com for more details.

Sonic Youth play such popular happenstances as next month's Primavera festival and December's Nightmare Before Christmas, so you're not a total failure if you don't manage to get Scala tickets. You just clearly aren't as big a fan as you said you were. We always knew.