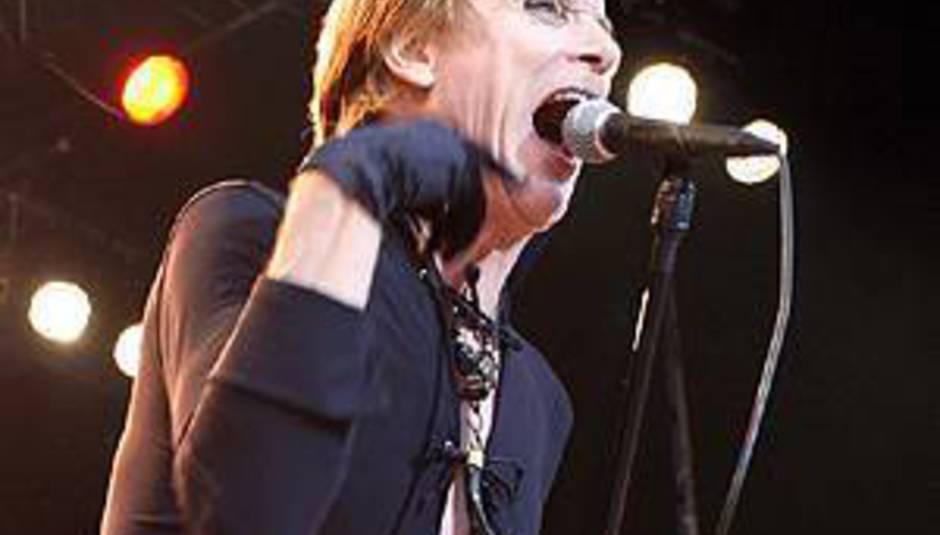 Very sad news: Cramps mainman Lux Interior has passed away. He died in hospital on Tuesday as the result of a previously-existing heart condition, aged 60. Interior (real name Erick Lee Purkhiser) formed The Cramps in the early 70s with his wife 'Poison' Ivy Rorschach. They released eleven full-length albums.

The Leeds-based DiScover faves head out on tour with Red Light Company next month ahead of their self-titled debut album's release on March 23rd. If you want to witness a headline band getting well and truly blown away, go to one of the following:

The Scottish songwriter will release new album Flick The Vs on April 20th via Domino. Lead single 'Coast On By' (produced by Steve Mason of Beta Band fame) will follow on April 27th. The tracklisting for the record is as follows:

It wouldn't be a news Drowned-Up without an M83 story, would it? Still, this is pretty exciting news: we've booked Anthony and band for a DiS show in Manchester on May 7th, at The Deaf Institute! It's going to be wonderful. If you'd like to come, tickets are available now from TicketLine.co.uk, the venue or Picadilly Records in Manchester.

The Canadian band - whose last album Live It Out came out on DiS Records, remember - have announced details of a new release. Fourth studio album Fantasies will drop on April 20th via their own imprint, Metric Music International (with support from Last Gang, Arts & Crafts and PIAS/Integral). It was produced by Gavin Brown with assistance from the band's Jimmy Shaw, and Metric will be touring the record on these shores in the coming months - dates still TBC. Fans who pre-order via ILoveMetric.com on March 2nd will receive an advance MP3 of lead single 'Help I'm Alive'.

The rather ace Aussie label have announced details of a London live bash in March. Nevereverland takes place on March 14th at The Coronet Theatre in Elephant & Castle, and will feature performances from the following:

More acts are set to be announced, but get your tickets soon from SeeTickets.com - early birds prices are fixed at £15, that's a tenner less than the door tax on the night.

Legendary US garage-rockers The Monks - who practically invented the genre in '65 with debut album Black Monk Time - are getting the re-release treatment. That record, plus The Early Years 1964-65, will be available again from April 13th courtesy of Light In The Attic. If you missed out the first time (which let's face it, you probably did given it was 40 odd years ago), now's your chance to make amends.

The Boss isn't happy with Ticketmaster. No sir. What's the beef? Pretty serious business, actually. Springsteen fans trying to buy seats for his forthcoming tour in support of recent release Working On A Dream via the ticketing website were apparently being redirected to sister site TicketsNow, where tickets for sold-out gigs are traded at often-inflated prices. That's bad, but what's worse is that tickets for the tour hadn't even sold out in the first place.

A joint statement from Springsteen and manager Jon Landau reads:

Ticketmaster has since apologised, and offered to reimburse fans the difference if they ended up spending more than they needed to on tickets for the shows. That won't stop the New Jersey Attorney General from investigating the company, though, after it received more than 250 complaints about the practice.

Is there a more prolific songwriter currently doing the rounds than Dave Tattersall? Probably, but we're damned if their name pops into our inbox as often as the Wave Pictures' singer's does. Incredibly, If You Leave It Alone is only the trio's second record proper following on from last year's Instant Coffee Baby. It's out on April 13th via Moshi Moshi, expect a UK tour the month before.