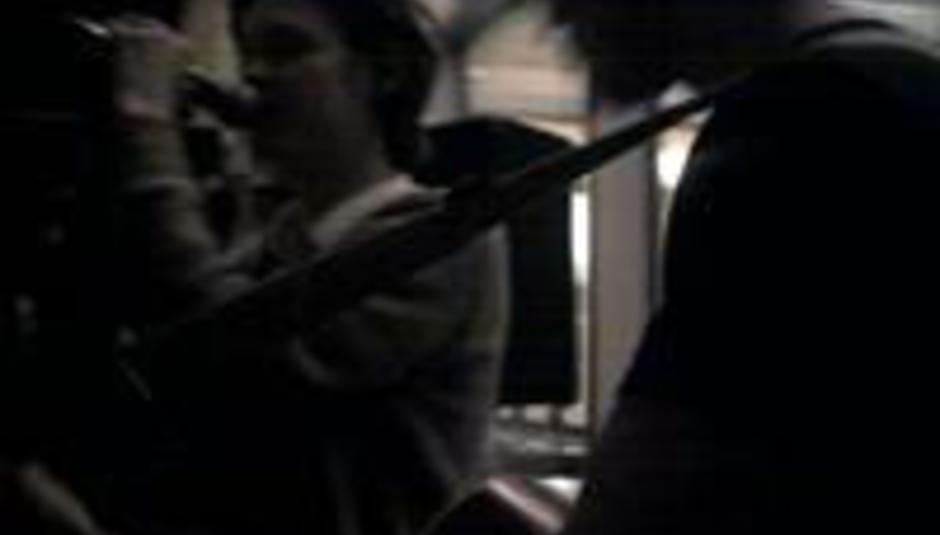 Zach is back! Condon and co. line-up a new Beirut album...

Mark February 16th in your diary and save some of that Turkish Delight you're bound to get from granny for Christmas as March of the Zapotec, the new album from Beirut will be in stores.

Interestingly the record will be released via Zach Condon's own, new label, Pompeii Recordings (via New York label, Ba Da Bing, who released his debut) as he's already reached the end of his deal with 4AD.

Here's what the press release tells us even more about the new album, which we already reported the other week:

The full-length album entitled March Of The Zapotec is comprised of two EPs. The first, an album namesake, is a foray into Mexican folk music with the help of an obscure small-town Mexican funeral band. The second is Holland, a bedroom electro-synth pop wonder, originally an idea for Zach’s previous incarnation before Beirut, when he went by the name of Realpeople.

For the past year, Beirut has alternated between touring and writing new material. With no sense of a release in mind, Zach recorded in any style which struck his fancy. Some early discussions about doing some soundtrack recording for a film being shot in Mexico morphed into a new idea. Through researching music for the film soundtrack, Condon came across players from martial sounding funeral bands from small towns around Oaxaca.

First Zach had to find the band. Difficult enough, you might think. But then he needed to explain to the band what he wanted to do… He managed with the assistance of a translator, who had to be able to speak not only English and Spanish fluently, but also Zapotec – the band members' native language. He flew down to Oaxaca and travelled out of town to the tiny weaver village of Teotitlan del Valle, where he met the nineteen members of The Jimenez Band. The ensuing weeks of recording, rewriting and relating are documented in a series of short films which will be available online prior to album release.

After a 30 second instrumental intro of a crazed sounding street circus band, we’re introduced to ‘La Llorna’, the horn section meshing with Zach’s soft vocals floating and layered over the trumpets and tubas. The song turns into a clash of horns and cymbals, introducing accordions and strings along the way. ‘The Akara’ starts with a dramatic horn section, playing morose, wilting chords. A light acoustic ukelele skips in, followed by stomping snares and Zach singing like he’s the last in line at a funeral march, with melancholy lyrics and sighing trumpets. The fusion of both worlds in nigh on perfect, with neither treading toes. ‘On A Bayonet’, which features alto and tenor saxophone by Chris Taylor of Grizzly Bear, is a short instrumental song laden with heartbreak and mournful horn section from an imaginary Ellington Suite tripping over the southern part of the border.

The last of the March Of The Zapotec collection, ‘The Shrew’, is lighter in mood. Set to a three-step waltz it starts as a beautiful rolling ballad singing of a lost love; “How long she’s been gone? / I sighed…”. It soon gathers pace and crescendos into a full blown frenzy of horns, drums, accordions and strings only to stop, and slow down to its original pace. A wonderful example of how this small folk combo, Condon’s incredible flair for musical composition and fresh artistic expression united as one.

As opposed to March of the Zapotec, the second part of this double release, _Holland, collects a series of songs conceived and completed at home. ‘My Night With a Prostitute From Marseille’ was on the Big Change digital-only, charity compilation on iTunes (compiled by Natalie Portman). It is with this track that Holland begins, all digital future-synth and drum machine, Condon is let loose writing his version of 80’s sounding pop. Bridging the gap between the intelligent songwriting and unabashed pop fervour, it’s clear Condon is having fun with this second set of songs yet also letting us into his very own private world of songwriting and personal history.

‘Venice’, which previously appeared on a compilation by The Believer magazine, begins with the ambience of a Boards of Canada track as if in tandem with Ryuichi Sakamoto, with the ghostly horns briefly gliding back into view. ‘My Wife, Lost in the Wild’ layers multi-tracked vocals with strings and a continuous beat with forceful keys. Holland closes out with an insanely catchy instrumental ‘No Dice’ reminiscent of early 90s house, littered with smiling synth. It serves as a marvellously joyful send off to a most thoughtful two-for-one. [SNIP]

In other Beirut related news, they've been assisting Final Fantasy for the Spectrum, 14th Century EP. This track, 'Blue Imelda', taken from the EP, which Owen Pallett has described as "fake field recordings," appeared on Forkcast last week: