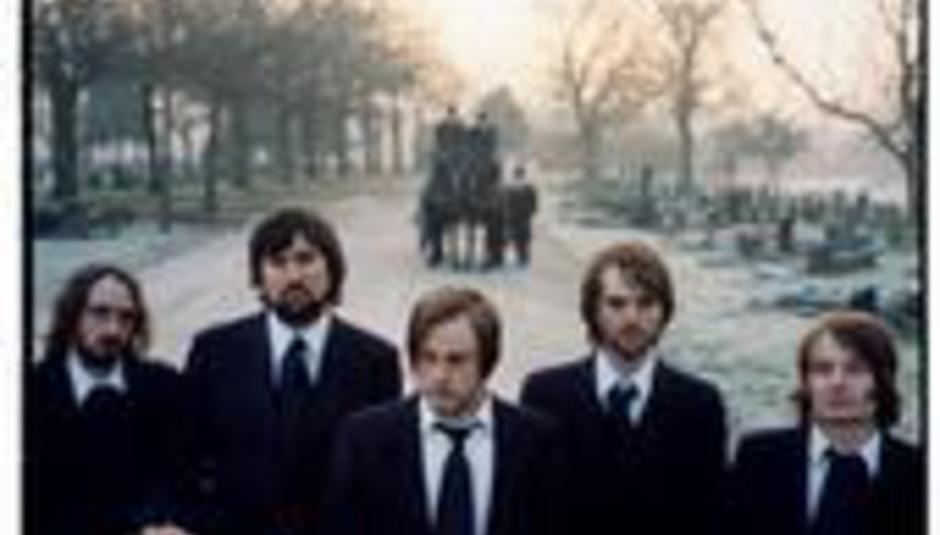 Dave Martin and Simon Fogal from Leeds' favourite purveyors of historical post-rock iLiKETRAiNS will be the guest DJs at this Saturday's (that's the 10th March) DrownedinSound show at Nottingham's Junktion 7.

They will be showing off their skills behind the decks in between live sets from the following:

NAPOLEON IIIrd
"...possibly the most visionary solo artist on the planet at this moment in time" (DrownedinSound.com)

There will also be tunes aplenty courtesy of the Drowned-In-Soundsystem (aka Dom and Jordan). There are still a few advance tickets remaining at £4 (available from Nottingham_DiS@yahoo.co.uk), otherwise it's £5 with an NUS card or flier and £6 on the door, with proceedings due to kick off at around 8pm.

Also, keep your eyes peeled for special early bird tickets for future DiS shows that will be exclusively available on this night only.

In further iLiKETRAiNS-related news, the band are off to SXSW early next week where they'll be playing at various venues over four days alongside the likes of Calla, The Early Years, Gruff Rhys and Bat For Lashes. Then, on their return to Britain, they release their new epic single 'Spencer Perceval' via Beggars Banquet on Monday 26th March.