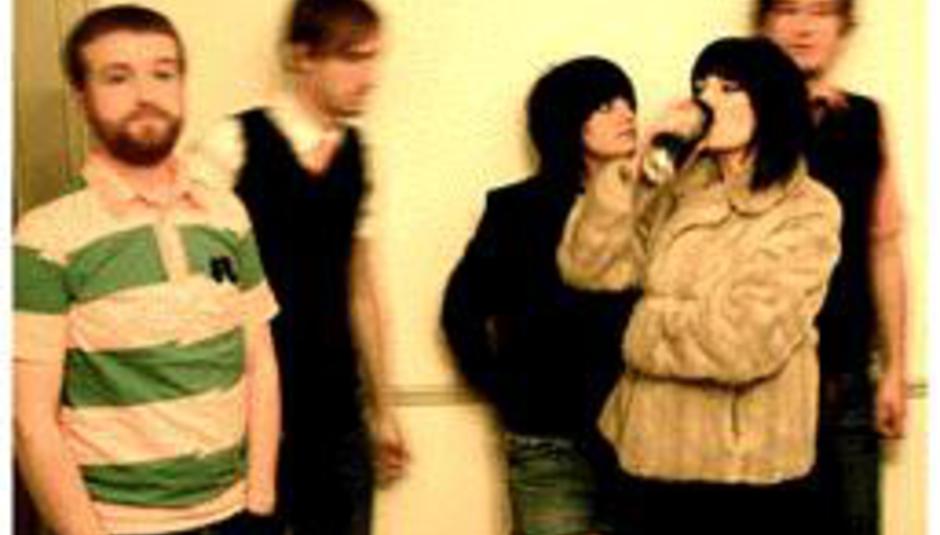 by Mike Diver April 22nd, 2005
The Chalets, the best band in the world named after some gaff that you might crash at whilst on holiday, perhaps, have some news. And here it is...

We have finally finished our debut album (well with the small exception of sorting out the artwork, but at least that's the fun part). Its called Check-In and we’ll have more info real soon about release dates and all of that. In the meantime the first single is called 'Feel The Machine' which will be available, eh... real soon on vinyl and CD. It's backed by a live radio session of 'Fight Your Kids' which we recorded for the very brilliant Mystery Train show on RTE Radio 1. Buy it and make our mums proud! (we'll let you know when it's available shortly).

In other news we can also reveal that 'Nightrocker' is to be included on the CD soundtrack album for the forthcoming Owen “swoon” Wilson film called The Wedding Crashers. It also stars Christopher Walken, Vince Vaughn and Will Pharell amongst others so we're pretty excited about being on there. It's out in June in the US, not sure about this neck of the woods yet.

We also have a brand new website (www.thechalets.com) which is very pink and has a lot more going on than our old one and we have sworn an oath to the internet overlords to keep it regularly updated.

We had a lot of fun touring with The Subways and we think its pretty safe to say they’re going to be only massive.

Anyhoo we're off to Holland next week for a couple of gigs so have a look see at the live section. We are also very pleased to announce that we will be playing the Bud Rising festival in Dublin on June 3rd in Vicar Street with very special guests Art Brut and The Rakes.

There’s quite a few interesting things in the pipeline so you’ll be hearing from us soon...

I think I love this band too much... Their website has all kinds of sparkly new stuff, like a press section and new photos, one of which features a tiger. A stuffed, toy one. Like Michael Jackson sans budget. Nice.