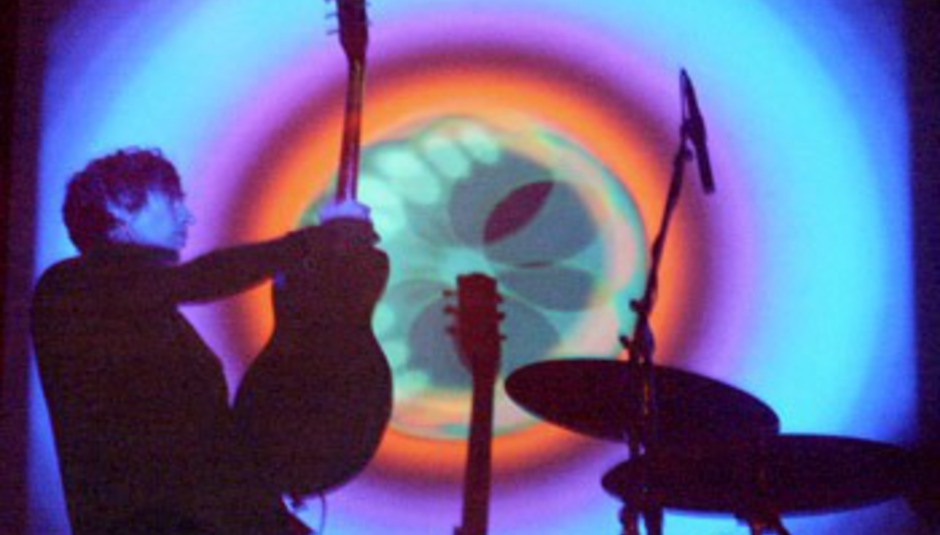 
"Yr Atal Genhedlaeth came together quite accidentally," Rhys said. "I didn't initially plan to make a record; I usually go to Gorwel Owen's house in North Wales once a year for a couple of days partly for social reasons and partly to put down demos in his studio. I'll normally get about 20 songs out of my system.

"I went there in the summer of 2003 and put about 20 songs down, and it became apparent that about five of them sounded finished. They were pretty simple but they didn't need working on, didn't need to be developed further: they sounded pretty immediate as they were.

Gruff plays everything on the record except for the trumpet on Ambell Waith (by Edwin Humphries) and banjo on Chwarae'n Troi'n Chwerw (by Gorwel Owen).

The Furries man also guest appears on the upcoming Boom Bip album ‘Blue Eyed in the Red Room’, singing on the track ‘Do's and Dont's’. The album is set to be released on February 21st. Bryan Hollon, aka Boom Bip, previously remixed the track ‘Father, Father’ for SFA’s ‘Phantom Phorce’ remix album earlier this year. Boom Bip said to NME, "Gruff crashed on my couch for a few days. He drew inspiration from some of the books I had lying around, in particular 'Bahai Faith' by Jessyca Russell Gaver."