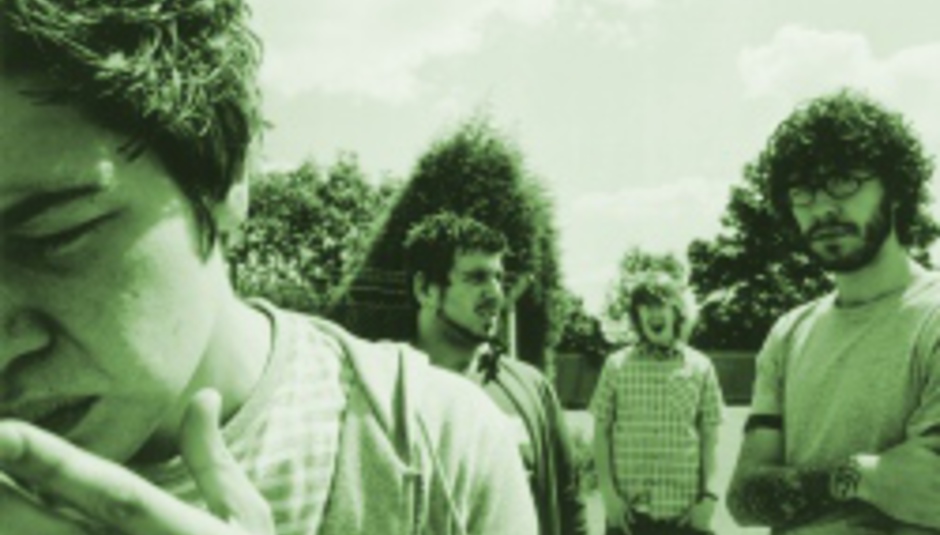 Firstly, without meaning to blow our own trumpets we get the impression some of you need some convincing about our label antics [oooh the sick sense of monopolies and exploitation, when really we just like some bands too much to see some other label sign then ignore them] and well, we had a lovely live review of our genre-bending dis label boyos thisGIRL come in today, which said they have “…the kind of stage presence unseen since Symposium’s demise and Idlewild’s watering down… quite possibly the most incendiary live band in Britian today. Resistance is futile!” It's in this months Metal Hammer if you'd like to read the whole nice review.

So, having recovered from their recent tour of the Scottish Highlands, thisGIRL will be heading back out on the road at the end of September on a tour of the UK and releasing a their new single "Master blaster" (taken from the album 'UNO' out now, etc..) on Drowned in Sound Recordings on 18th October 2004.

It'll be available in 2 formats, CD and a special limited edition 7" vinyl version. The CD will feature 4 tracks: "Master blaster", plus a quirky and quite beautiful riff-drenched cover of the Massive Attack track "Angel", an acoustic track "Plaster caster" and a Live version from a recent XFM session of "Don't Be A Kite". There's the hard sell, now for the fun bit where you get to [watch the guys] jump around...

Tour dates as currently confirmed are:


Couple of extra dates to be announced soon. Here samples from the record and join the street team and alsorts over @ thisgirl.co.uk.

DiScuss: Who you putting your money on supporting at these shows? Which one you off to? Fancy having a pre-show dis reader meet up, name the show and place below...