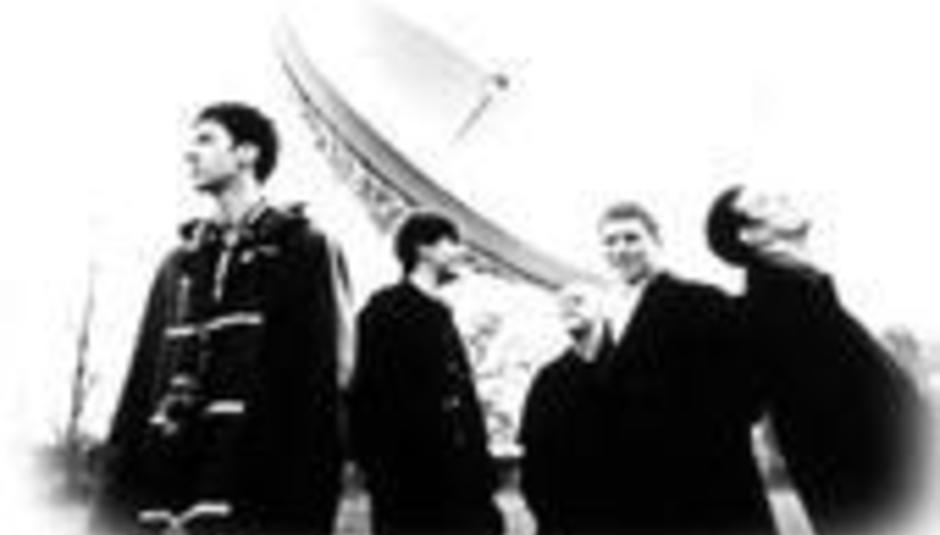 Back in the day when the phrase “indie” meant flared jeans, Joe Bloggs tops and shady men with Mancunian accents asking whether you were “Sorted?” or not, there was a holy triumvirate of pre-Premier League artists from the aforementioned city of dirty water. If The Stone Roses were the ambivalent figureheads of the “baggy” scene, then the Happy Mondays were its awkward mates sat at the back of the class flicking rubber bands at the teacher and anyone else who tried to confiscate their ill-gotten wares. Last but not least were the Inspiral Carpets, five lads of varying ages and backgrounds from the suburb of Oldham.

Having been around in one form or another since guitarist Graham Lambert formed the prototype Carpets back in 1982, the classic line-up came together some time around the summer of 1989, when Too Much Texas singer Tom Hingley and bassist Martyn “Bungle” Walsh joined forces with schoolboy drummer Craig Gill and bowlcut adorned, keyboard supremo Clint Boon. After four well-received singles on their own Cow label, not to mention being long-term Peel favourites into the bargain, the band found themselves inking a deal with leading independent Mute and in a matter of months found themselves on Top Of The Pops with a Platinum selling debut album (‘Life’) to boot.

Of course, all good things have to come to an end, and after five years of continual success in the student discos up and down the land, not to mention numerous festival headline slots, the band bowed out as Kurt-mania reached epidemic proportions thanks to his untimely demise and the second coming of “Baggy” – Britpop – was just setting off over the horizon.

However, they left a legacy of classic singles and albums, not to mention giving a certain Noel Gallagher a leg up on the musical catwalk to fame. Having embarked on a successful comeback tour three years ago culminating in a prime time slot at T In The Park, the band then went their separate ways again. But of course, you can’t keep a good man down, and this summer the Inspiral Carpets are back, playing a handful of shows across the UK starting with two nights in their hometown of Oldham on 23rd and 24thth June.

Its been a few years since the five of you have played together. What made you want to tour again this summer?
We just felt that the time was right to go back out again. I mean, its not really a full-on tour like we used to do in the past. We’ve only planned to do six dates this summer as opposed to the 25 we did in 2003. I think that definitely confirmed to us that we were still good enough to go out and regain an audience, and now we’re in that position where we can just go out and play an occasional number of gigs every two or three years.

Whereabouts are you playing?
Well, the tour’s taking us to places where we’ve never been in some cases and our favourite haunts in others. We’re doing two nights at a venue in Oldham called the Tokyo Project. The guy who’s putting us on runs a clubnight there called “Club Inspiral”, so we felt it was only right to do something at his place. It only holds 500 people so its going to be buzzing. After that we’re out in August at the Marcus Garvey Centre in Nottingham (11th), Aberdeen Music Hall (12th), Newcastle Digital (13th) before finishing at the Leadmill in Sheffield (14th). We’re hoping to have some very special guests for that one as well, although I can’t say too much about who it is at the moment…

What have you all been up to since the last tour?
Clint currently hosts a successful unsigned artists show on XFM. He’s been finding loads of excellent new bands and helping them get out on the road and signed. Craig’s been playing in numerous bands, as well as working in a record shop, while Graham works for SJM and at the moment he’s busy promoting the V Festival. Martyn manages a band called The Third Dan. As for me, I’m still playing solo shows as well as touring with my band The Lovers, and when I’m not doing that I teach students at colleges in the North-East about the music business. I’ve also launched a record label, New Memorabilia, which has just put out a compilation of stuff from my old band, Too Much Texas, so I guess we’re all keeping quite busy at the minute.

So what advice do you give your pupils about the trappings of working in the music industry?
That being in a band is all about making the performance dynamic, and of course, technically adept musicians are usually the dullest stage performers! My main piece of advice to any aspiring group of musicians though is simply to look at all the options before you sign a deal. There are so many great bands who’ve fallen by the wayside by making the wrong choices at the wrong times. I suppose its an easy thing to say with hindsight but the advent of myspace means its not necessarily that important to get a record contract signed straightaway in order to let people hear your songs.

How would you apply those ideals in relation to the Inspiral Carpets?
Well, I think as a live band we were absolutely dynamic. Total foot to the floor, adrenalin music. Really aggressive and fast, yet with a social conscience lyrically. I mean, our guitars came wrapped in feedback, the keyboards sounded like a bass, and vocally we were I suppose like a 60s doo wop backing band! Looking back now, I think its safe to say we weren’t exactly Dire Straits…

So what can we expect from the tour?
Five blokes sweating profusely on stage! Probably a healthy mix in the audience of young kids who grew up on their older brothers cool records and a load of thirty-somethings stagediving! We’ve got nothing new to promote on this tour so expect the hits and a whole lot more besides, but I don’t want to spoil the surprise as to what that might be. I think this tour is something of a guilty pleasure for us all now, to be honest.

What would you say have been the highlights of your career as an Inspiral Carpet?
Meeting Iggy Pop has to be up there for me. Walking around Manhattan and being recognised. On the other side of the coin, I’d say seeing loads of bands who’ve been influenced by us has been gratifying, particularly as at the time of our most successful period, a lot of the musical historians tried to write us out of the books because we weren’t deemed as being cool enough. I find that quite irritating because I’m certain there would have been no Britpop without us for starters. Noel (Gallagher) worked for us between 1989 and 1992 and I think it would be fair to say that he picked up a lot from us, while one of our first ever shows in London was at the request of the Goldsmiths ENTS officer who was a friend of Damon Albarn’s back in 1989. There were five people at that show, and three of them went on to form Blur! Even now the likes of Maximo Park and the Kaiser Chiefs have cited us as being influences on their career, which I have to say fills me with pride.

Who do you rate out of the current crop of 2006?
Obviously those two that I’ve just mentioned, and the Arctic Monkeys as well. Also Little Man Tate I think are excellent, and I’m quite partial to Babyshambles, funnily enough. Everyone told me to avoid them – and Pete Doherty in particular – like the plague but I went to see them live last year and it was one of the most exciting shows I’ve ever witnessed. I think there are just as many – if not more – excellent guitar bands coming through now than when we broke through. I read this interview with Glen Matlock recently and he said that there was nothing around worth listening to, which is absolute cobblers! I mean, with the exception of Razorlight, whose music makes me want to throw myself head first out of a twentieth story window, music is possibly at its healthiest for decades.

If you could turn back the clock and change anything about the Carpets, would you?
No definitely not. I’ve always believed in living for the moment, and when we had ours it felt like we were on top of the world. I mean, I might want a different shaped nose but…there’s absolutely nothing I’d change about the band, never.

If you were to choose your favourite Inspiral Carpets song or album, what would it be and why?
Errmm…that’s a difficult one. You see, as a singer, I don’t reckon you can really have favourites! I suppose ‘Life’ and ‘Revenge Of The Goldfish’ would be my two favourite albums, just because they were the happiest times to be in the band. The first album because we were just on the verge of making something happen, and the third album (‘…Goldfish’) because there wasn’t any pressure on us by that time and we just did what we wanted to do for the first time in ages.