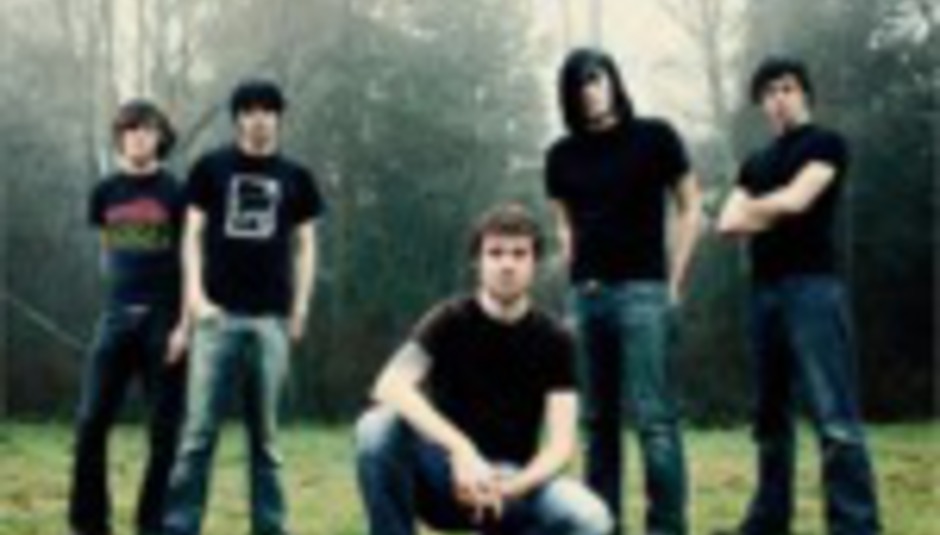 Hailing from Grand Rapids, Michigan, their Nordic-influenced metal was a highlight of the January tour with Bullet For My Valentine. Blending the metalcore style of In Flames with the whizzing pop keyboards of The Killers, this band is an altogether more appealing prospect than much of the dross that is currently filling our airwaves.

Of Love And Lunacy was their first release on Roadrunner Records and by their own admission were a “bit emocore” to begin with, but by recording the album with famed producer GGGarth decided to get away from that style slightly and invigorated their pop sensibilities with huge sing-along choruses and jagged, jarring guitars.

Since its release this time last year, Still Remains (incidentally, also a song title from Stone Temple Pilots’ classic Purple album) have toured as much as possible. Bassist, Evan Willey is pleased about the way it’s gone so far: “We just want to be on the road and playing and getting more fans. We want to play the best that we can and make as many friends as we can.”

After some personnel changes over the past year, the band seems to have settled down after the winter spate of touring. Willey appreciates the difficulties of playing in a band with so many people: “The only thing that’s keeping all the great songwriters and musicians in Michigan from being a bit more widely known is that bands split up over musical differences before they’ve even had a chance to explore each other.”

However, the band seems to be at its most settled now: “Right now our lineup is tighter than ever – personally and musically. We have an idea of what we are going for musically but we just have to let each other play.” While all six can claim to be Christians in faith, their lyrics are thankfully not overbearingly devout.

Instead, there is a powerful sense of hope and optimism that is unfamiliar with such aggressive music. All of this is shrouded in fierce tales of destiny and agony put against an often eerie backdrop of organ music and shimmering keyboard-led metal that verges sporadically towards the rock & roll.

Still Remains are one of the DiS tips to check out at The Great Escape Festival and are bringing their scintillating live show to a pokey little club venue near you over the next couple of weeks. Here’s the dates…