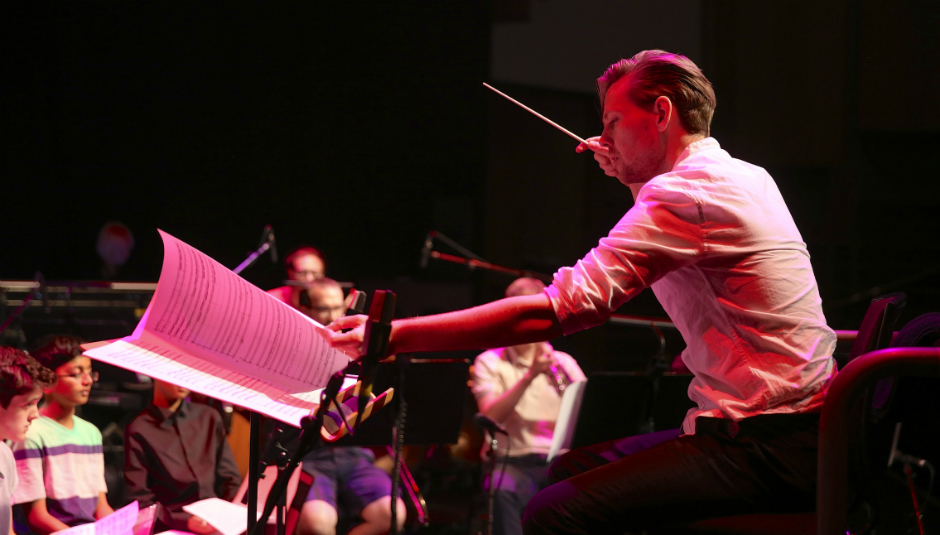 In celebration of the final night of the Organ Reframed Festival, James McVinnie and the London Contemporary Orchestera will premiere five new works from prolific composers, many of whom are writing for the organ for the first time. These new works will firmly put the organ in the spotlight as an instrument that not only holds a rich history and extensive repertoire but also one which plays a key role in the development of new music today.

DiS: How has this project differed from other organ collaborations you’ve done in the past, or is this the first?

Robert Ames: I think I can say that this is the first proper, bespoke organ concert that we’ve done. The exciting thing about it is that it’s putting together a load of really interesting composers, that to my knowledge, haven’t composed for organ before. So if you think of somebody like Mark Fell, who’s typically worked in other genres, he’s combining acoustic, strings, the amazing organ at Union Chapel, and electronics. So I’m really excited to hear how each voice is going to work with the instrument.

How do you think the commissions for organ reframed differ from more conventional pieces?

I’d say that the composers are not so conventional, they’re all interesting and there’s a really big variety of genres and styles that we hear from each composer; so it’s going to be a really interesting, eclectic mix of good quality but lots of different styles.

The LCO collaborates frequently with a large variety of artists. What does it take for an ensemble to be so adaptable and sensitive?

Well we’re really lucky at the LCO that we’ve got such an amazing group of musicians – they’re not just orchestral players, they’re playing solo stuff, they’re making chamber music, there’re lots of improvisers in the group, lots of people who work more on the pop side of music and then there are producers who are making their own music, there are composers… So it’s a really great mix of creative and open-minded people.

Yeah, I think so. Obviously, we all have our own tastes, and it’s great to hold onto those, but it’s also important to treat everything with respect when you’re working. The nice thing about dipping out of contemporary-classical music and going into ambient, and going into rock, and pop music, is that you take things away from those different spheres and use that to inform the other projects.

What are some of the challenges in bringing these pieces to life?

The challenges are going to be interesting. The Union Chapel organ is massive and I think there’s going to be lots of interesting balancing things in terms of balancing the organ with the strings, with the electronics in some of the pieces, and managing the connection between the string players and the organ because they’re quite separate from each other. Another interesting challenge is going to be jumping from playing music by Catherine Lamb and Mark Fell who’ll be quite drone-based, to someone like Edmund Finnis who’s a bit more fast-paced, so we’ve got lots of characters to deal with in one night.

I think it’ll vary for each piece. I think less is more and it’s more about facilitating the process to happen. So I think there’ll be some pieces that are conductor-less and a couple of them will be more hands on, but that’s another interesting part of the process is working all of that out.

For you, what do you think are some of the interesting aspects and potentialities that are being explored for the orchestra-organ ensemble through the commissions?

To start with I think this is a really great body of work that we’re getting from all of these composers. Hopefully, in the future, these are pieces that are going to get played by other people, and I certainly hope that there’ll be coming along and listening and there’ll be other composers that will be inspired to write for the organ more.