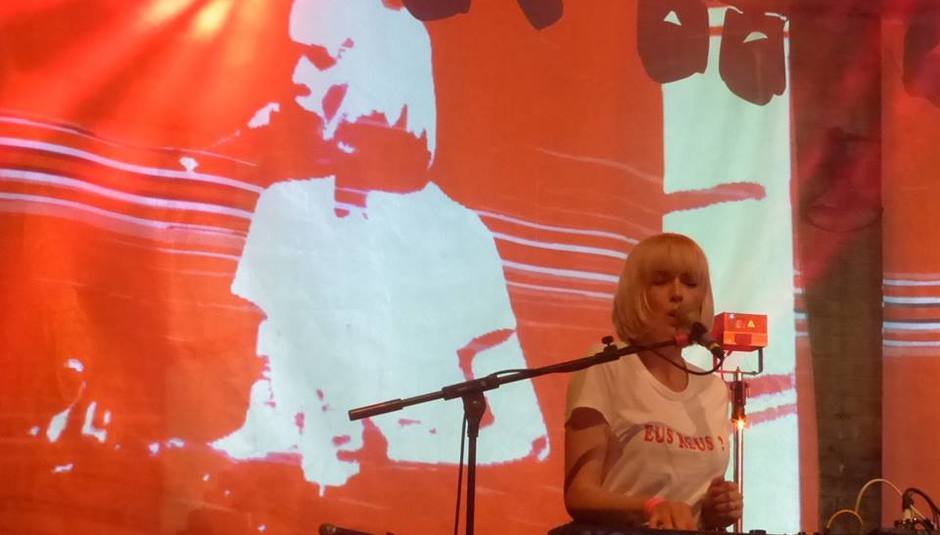 Although still only celebrating its fifth birthday this year, Liverpool's International Festival Of Psychedelia (aka Liverpool Psych Fest) has firmly established itself as the leading event of its kind in Europe. While many others of a similar ilk have followed suit with fair to middling levels of success, Liverpool's premier gathering of several thousand like-minded souls under the psychedelic banner continues to grow into one of the most prestigious events on the festival calendar.

Traditionally taking place over the third weekend in September (Friday 23rd and Saturday 24th), this year's shindig proved to be no different, attracting a plethora of artists and punters from all around the world, adding to the global feel its organisers set out to proliferate from the outset of its humble beginnings in 2012. With the psychedelic movement's umbrella rapidly becoming an all inclusive magnet of diversity, an array of musical styles and backgrounds were collated and curated among a line-up that stayed true to the golden rule of psychedelia; namely, that there are no rules or boundaries.

So in amongst the now familiar mix of old school and nouveau psych outfits were artists representing punk, new wave, folk, and electronica. What that made for was a synapse-blasting, mind-melting pot of live bands and DJs cross-pollinating genres with random abandon; one dimensional this most definitely isn't. And that's before we even get on to the extra-curricular activities that make up Liverpool Psych Fest's additional programme of events playing alongside the music.

The FACT and Liverpool Biennial curated Pzyk Cinema proves a popular respite throughout the weekend, as do the virtual reality experiences housed in the Pzyk Gallery, most notably esteemed visual artist Pete Fowler's Perambulator V.1 which features a live soundtrack performed by Super Furry Animals guitarist Huw Bunford. Saturday afternoon's Musings In Drone schedule includes revealing interviews with former Spacemen 3, Spiritualized, and Brian Jonestown Massacre bass player Will Carruthers, snooker player turned DJ Steve Davis, and the aforementioned Fowler and Bunford. Indeed, for a festival still in its relative infancy and boutique in size, there's so much happening it's impossible to get bored at any point.

However, the musical delights on offer constitute its main selling point and the number of painfully annoying clashes over the course of the weekend point to only one thing; this year's bill being unmissably great. The first band we encounter are Manchester three-piece Deja Vega, whose driving psych rock reminds us of Black Rebel Motorcycle Club and The Chameleons at their fieriest. Tokyo collective Kikagaku Moyo also provide thrills aplenty for those who've arrived early, fusing elements of traditional eastern folk with krautrock, West Coast inspired psychedelia and Indian passages. They're a minor revelation and one that ensures Friday's programme gets off to an impressive start.

Without placing too much emphasis on logistical or regional characteristics, Wales has emerged as a real hotbed of talent in recent years, and two of its brightest stars are the reason the Furnace (main) Stage finds itself packed to the rafters for the next two-and-a-half hours. Gwenno's mootorik dream pop assault proves enticingly popular, regaling tales from last year's excellent debut Y Dydd Olaf while experimental pop veterans Super Furry Animals play a mixture of both obscure and well-known classics that goes down a treat with the large crowd assembled out front.

With the entertainment set to run through until 3am, we find ourselves spoilt for choice, ambling around the Camp And Furnace complex between stages and exhibitions. However, Glaswegian doom merchants Helicon provide the perfect night cap, their incendiary set sitting somewhere between Black Sabbath and The Brian Jonestown Massacre with elements of Rush thrown in.

The next day, Desert Mountain Tribe's mid-afternoon wake up call proves to be just the tonic for those nursing hangovers from the night before. Playing an unusually shortened set proferred from this year's excellent debut Either That Or The Moon, they display a confidence and maturity far beyond their years that can only bode well for the future.

London-based five-piece Ulrika Spacek are also a revelation, their sprawling set of expansive, ethereal shoegaze pulling a huge crowd on the Camp (second) Stage as Saturday descends into teatime. Chilean garage rockers La Hell Gang offer a more direct brand of rock'n'roll, as do Leeds post-punks Eagulls who might be a surprise name to some on such a line-up, yet whose first era of new wave inspired set packs the room to the rafters nonetheless.

One of the new breed of psychedelic rock's most impressive new incumbents would be Carlisle foursome The Lucid Dream. With new album Compulsion Songs continuing in the distinguished vein of its predecessors, they're on tip top form throughout here. Fusing dub, jazz and layered elements of fuzz heavy noise with their Verve inspired melodies, their set is among one of the weekend's many highlights which bodes well for their forthcoming UK tour next month.

With a new album set to land in the not too distant future, there's an air of expectation as to whether The Horrors will play any new material this evening. Nevertheless, this being their one and only festival headline set of 2016, they choose to go for the jugular instead, playing an hour-and-a-half set comprised of their most potent compositions. While their live show has always relied on performances steeped in drama, the musical dexterity unearthed on 2009's Primary Colours has seen them grow into one of the most captivating live bands on the planet, and when 'Sea Within A Sea' is delivered nonchalantly midset, it becomes a clarion call for those present to rejoice in its creators excellence.

Next door, The Wytches grunge-infused psych rock takes proceedings one louder, as do Dutch punks Rats On Rafts over on the Blade Factory stage. Meanwhile, Bristol noise rockers Spectres overcome technical problems on the District stage to bring Psych Fest to an earsplitting, visceral conclusion that makes those out front yearn for more.

While the psych scene continues to flourish and blossom, spreading its word far and wide to anyone of a remotely inquisitive persuasion, there will always be a place for Liverpool's International Festival Of Psychedelia. And we can only say amen to that.