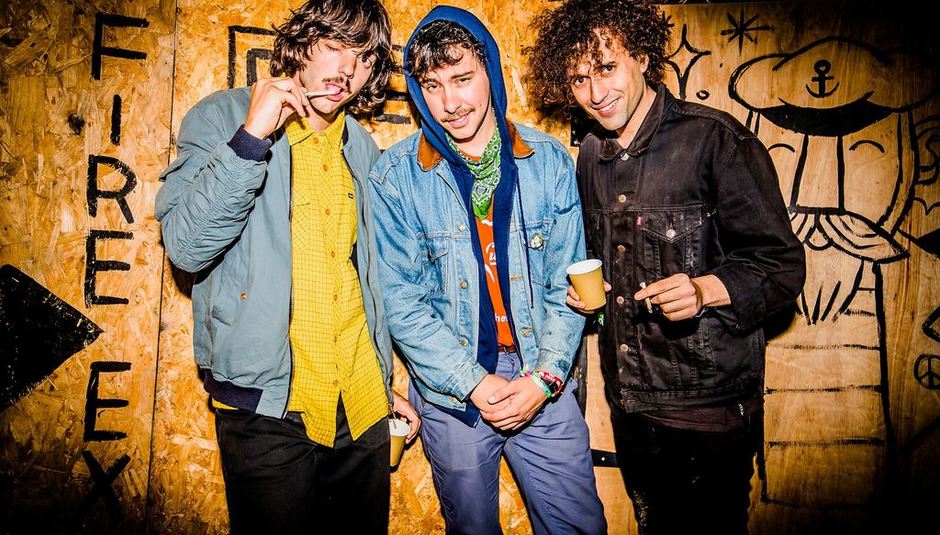 Founder and owner of Drift Records Rupert Morrison takes up the story:-

"We run the record shop in Totnes, so we feel like we have a pretty good gauge of what is going on.

Last August (2015) it hit upon me that if we were ever going to be able to support a viable live culture in Totnes, we'd have to put on something massive, something impactful to captivate people and remind them (with a sharp kick up the arse) that going out and seeing bands need not be a thing for the cities... we can do this and we can support this.

Myself, and Matt and Lucy (who play together in the band Matthew and Me) have been working on it for a year now... we need a drink.

We have deliberately capped the festival this year at one thousand people. We want it to feel big for a town, but not the same experiences you'll get at any other city festival.. or field festival for that mater.

We'll aspire to grow a little, but logistically we can never turn this into a goliath... there just isn't the room. This is all about intimacy, about having a good time, making sure everyone around you has a good time.

The idea is that it is like a weekend get away... go to a restaurant, see some of the weird and wild local shops and galleries.... then get faced on the best local produce and go and see an amazing (if we do say so...) line up of bands."

Weekend tickets are £45 plus an extra £10 with camping and can be purchased here.

In the meantime, here are the 10 artists we're most looking forward to seeing next weekend.

This London based four-piece have been peddling their angry, krautrock-inspired noise rock for a decade now yet still cease to amaze thanks to the boundless energy exuded through their live performances. Expect more of the same here.

A real national institution. With nine albums and a plethora of singles and EPs to their name, British Sea Power should need no introduction. Expect a mass of foliage, bear costumes, and of course, big tunes aplenty that you'll be singing along with in an instant.

This Newcastle troubadour has been reinterpreting elements of traditional folk music for the best part of a decade. Experimenting with various styles and sounds while collaborating with a host of artists such as harpist Rhodri Davies on 2013's Dawson-Davies: Hen Ogledd, he's established himself as one of the most innovative artists within his genre. Definitely not to be missed!

With a new album mooted for release sometime this year, the former Pipette's long-awaited follow-up to 2010's debut Without Why promises to be one of this year's finest. Expect a vibrant mix of old and new material during her Friday teatime slot.

Another band who've been confounding expectations since their first release Orphaned By The Ocean dropped way back in 2009, they're also one of the few bands under the current psych-rock umbrella that actually embrace the original mantra of psychedelia in constantly experimenting and pushing things forward. What's more, their live show is a spectacle that demands to be witnessed in all its indefatigable glory.

John Robb's Membranes have been around since time began (1977 to be honest) yet never manage to sound tired or dated. That's probably because they've always been one step ahead of the game when it comes to challenging audience perceptions of what they're about. Confrontational yet mesmerising to boot. This is 45 minutes of high-octane action you really won't want to miss out on.

Madrid's answer to The Black Lips and recent Heavenly signings The Parrots play an energetic brand of rock'n'roll that leaves no time to ponder or analyse. Just enjoy them for what they are, get very hot and sweaty, and reminisce about the good old days when all gigs were this exciting.

With their sixteenth album in total, and second already this year, to be released in November, The Wave Pictures probably own the dictionary rights to the word "prolific" when it comes to making music. One of the most hard working bands on the circuit, expect a woozy trip through their extensive back catalogue from a band lovingly cited as Loughborough's answer to The Violent Femmes.

With a new album due to arrive in October, expect a heady mix of both familiar material from their back catalogue and as-yet unreleased songs off the impending Clear Shot. Whatever they choose to play, it's sure to be a momentous occasion.

Another band with a new record to go shortly in the shape of next month's third long player Dusk. The core duo of James Hoare and Jack Cooper might be better known for their work with Veronica Falls and Mazes respectively, but here they've managed to channel their inner Lou Reed and Tom Verlaine to peerless perfection. The perfect musical accompaniment for a Friday night beside the seaside.

For more information on Sea Change visit the official website.

Photo of The Parrots by Shaun Gordon