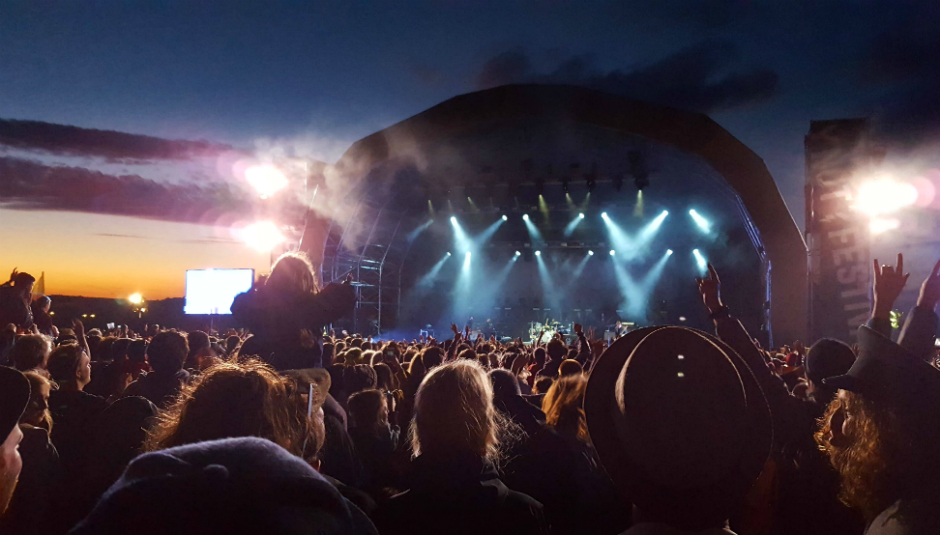 Having started life as a 6th form results party just over a decade ago, Y-Not Festival has always retained an almost-stringent DIY sensibility, something they've endeavoured to uphold despite attracting some of the biggest names in the business in recent years. Wandering around this year's site, it's obvious that certain compromises have had to be made in order to accommodate expanded numbers; a necessary evil as far as the growth of a festival is concerned. For the most part however, the changes to this year's festival are almost universally positive.

A more open, and flowing layout to the arenas means that despite an increase in numbers and a capacity crowd, it feels more spacious than in recent years, and though there's also an increase in the number of stages this year, there's very little in the way of bleeding sound between them – fortunate given the wide range of genres on offer.

An increase in stages obviously means an increase in acts, and though a festival known for eclectic line-ups, this year seems to have stepped it up even further. The introduction of a BIMM stage, and This Feeling taking over the Allotment stage mean that the smaller acts on the bill are of a much higher calibre than before. Sahara and Holy Esque both play impressive sets early on Saturday; the latter packing the Allotment stage for a set of shimmering shoegaze and emotive alt-rock. Though cut short by a track, it's almost note-perfect and warrants a higher billing than they get.

As ever, BBC Introducing curates the first three bands of each day on the Quarry Stage, something which leads to one of the weekend's highlights. As the first band on Sunday morning, Notts/London-based Deco pull more than an impressive crowd, and though many have made it out of their tents, not everyone's made it out of their pyjamas. Fortunately their set of button bright electro-pop is spirited enough to shake off any hangovers and leaves a lasting impression. Excellent stuff.

It really is the eclectic nature of Y-Not that makes it the festival it is. Saturday night sees emo upstarts Moose Blood play to a packed Giant Squid tent, and though on a cynical level they're happy adults singing about being sad teenagers, they're really bloody good at it. Five minutes later however, and we're watching Noel Gallagher struggle with sound issues and seems like he's boring even himself. In what turns out to be the biggest surprise of the festival, a rendition of 'Champagne Supernova' transforms his set into one of the weekend's best. Highlights are of course the Oasis tracks, of which there are several. And while their inclusion might be somewhat forced on Gallagher's behalf, there's nothing quite like hearing 20,000 sing 'Don't Look Back In Anger' accompanied by the pervading scent of portaloos. Festival magic.

Eclectic line-up aside, there are of course the traditional Y-Not mainstays on offer. Mr Motivator waking up the Main Stage with far too much vigour for a Saturday morning and King Pleasure and the Biscuit Boys on Sunday, (so as not to disappoint the faithfuls) while The Lancashire Hotpots return after last year's Main Stage success and once again go down a treat with those both with and without families.

And there are plenty of families in attendance, something which sets Y-Not apart from the more debauched likes of Reading and Leeds, without ever making it feel less of a festival. There's a whole area dedicated to arts and crafts and plenty of non-music-based entertainment for those with families. And while the standard camp sites put the last days of Caligula to shame come Sunday morning, the Family Camping is a world away, and more than suitable for children.

It's the fact that there's something for everyone which makes Y-Not stand out as one of the UK's best up-and-coming festivals. Big enough to feel liberating, small enough to feel independent, as well as catering to a variety of tastes musically. Growth is inevitable and it seems Y-Not is going the right way about it. Let's hope next year is just as good.