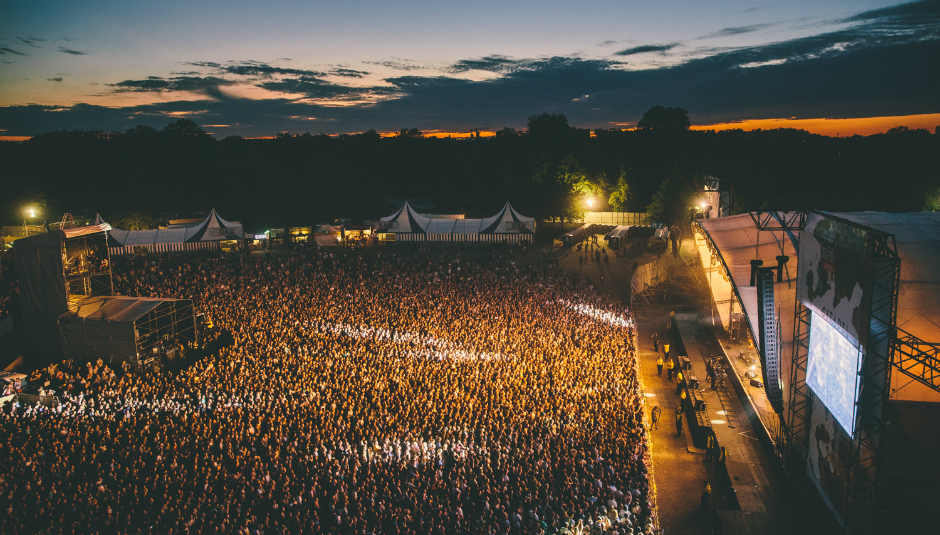 2015’s Citadel Festival was one of the brightest new entrants onto the festival scene, a London one-dayer with a genuinely compelling USP: to make Sundays interesting. Yeah, Sundays - the hangover day, the five-hour pub-lunch day, the day when you pack up your tent and head home early. Citadel’s aim is to turn our lukewarm attitudes around, putting on, in their words, ‘The Ultimate Summer Sunday.’

But how? It’s all in the curation, from the supremely canny booking of Sigur Rós and Caribou as headliners - their only London shows - through to the sit-down meals with chefs that have names, the drawing classes, the Old Vic theatre and the reggae choir. There’s the paper review with speakers from PEN International, the Frontline Club, The Guardian, and i-D, workshops in screen printing and loads of stuff about fashion that we don’t really understand. Think of it as Latitude Festival without the purgatorial crawl through Suffolk to get there, a distillation of the bright kaleidoscope of London’s cultural cosmopolitanism into a tidy, twelve-hour block.

And if all that seems just a touch too much like learning - well, there’s a mass of music to lose yourself to too. Here’s what we’ve got eyes on:

Last year’s Duke Of Burgundy was enchantingly disturbing, not least for its soundtrack by The Horrors’ Faris Badwan and soprano Rachel Zeffira. Blending Morricone-style strings with Wicker Man folk and dreamlike psychedelia, Cat’s Eyes are sure to transport us far from Victoria Park and return us there changed people.

Yeah, sure, if the last few weekends are anything to go on, East London may well be underwater by mid-July, but the north Malian collective’s dusty desert blues should soon dry things up. All that dancing might put paid to the idea that Sundays should be restful, mind.

2015’s La Di Da Di was one of the year’s most underrated albums, a driving, focused return to Battles’ elemental kineticism. Always staggering live, prepare to be awed by their instrumental multitasking and the sheer relentlessness of their rhythms. Pah, who needs vocalists anyhow?

DJ sets from Andrew Weatherall, Jazzanova and The 2 Bears - so what if we’ve all got work the next day. We can call in sick, right...

Too obvious? Yeah, well since they wowed Primavera with their three-piece live return we’ve been poring through the internet for every scrap of live footage available, from shocking Periscope feeds to the slightly frustrating shot choices of the Glastonbury iPlayer stream, and all of it has just edged our anticipation ever-higher. Finally making it to London with their set of pared-back and refocused classics, excoriating new songs, and a stage show intent on retinal-burn, the Icelandic giants are primed to bring the performance of the summer.

A treasure hunt, people! This might actually be the thing we’re looking forward to most…

Citadel Festival takes place on Sunday the 17th July in Victoria Park. Tickets and general information can be found here