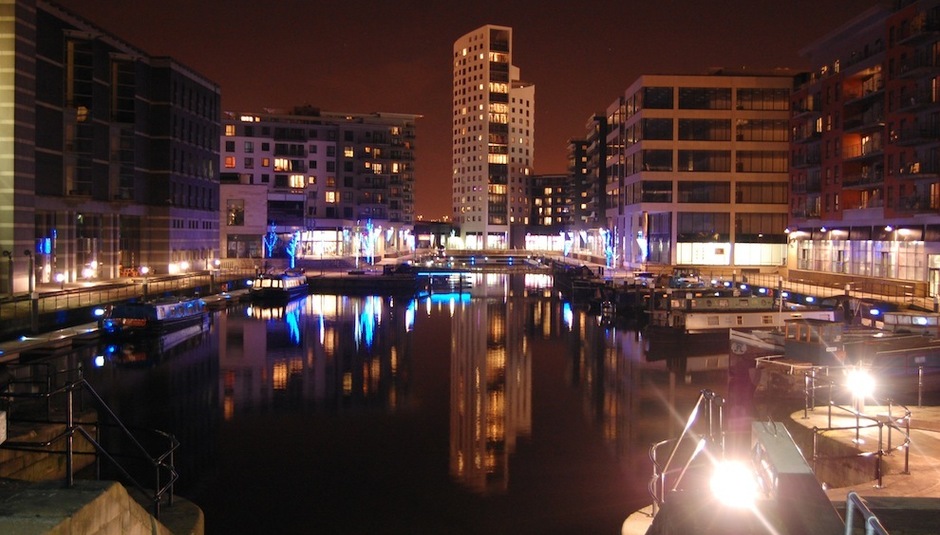 2015 is slowly coming to an end; festival season has been and gone, the clocks have gone back and the cold nights are creeping in, but Leeds is jam-packed with gigs and releases ready to remind everyone why this city is the best place to be for new music...

For the past few weeks, Beacons Metro and Headrow House have been the focal point for gigs in Leeds. In previous years, Beacons Metro (formerly Beacons Festival) was held in the Yorkshire Dales, but due to rising costs for festival goers, the promoters decided to create a 12-week long programme of gigs taking place in “three of the North of England’s most vibrant and creative cities.” And Leeds’ representative, Headrow House, has only helped but flaunt the innovative and inspiring side of this magnificent city with its German inspired beer hall, luscious cocktail bar, huge rooftop terrace, and more importantly – the spacious and artistic gig venue. The likes of US hip-hop artist, Mick Jenkins, and Brighton’s rising alt rockers, Black Honey, have already made an appearance, and as the festival draws to a close, Beacons Metro shows no sign of slowing down with The Wytches, Dune Rats and Braids all still to play.

As per the norm in Leeds, Saturday 7th November sees a clash between two equally great bands playing at two entirely different venues. This time, it’s the US power garage-punk trio, Ex Hex, versus Leeds’ born rock band, Dinosaur Pile Up. After the release of Ex Hex’s tantalising debut, Rips, early last year, they have quickly become a ‘must-see’ band. But since DPU’s guitar crunching, head-banging third album, Eleven Eleven, hit the shelves in October, it’s been hard to ignore the thirst for a good rock show. With it being their first headline show in their hometown in over three years, it’s bound to be an unmissable gig. Three weeks after that, Leeds is back at it again with a fight to the death between the bros Allusondrugs and Black Surf. Both hailing from Leeds and both bringing back the turbulent 90’s noise; it’s a close-call. Nevertheless, with Night Owls, Tall Talker AND Cop Graveyard all supporting the sublime Black Surf, it’s a no brainer really.

I don’t need to say a lot about Brudenell Social Club for people to remember how poignant this venue is in Leeds. It’s one of the most well-known venues in Leeds and has put on some historical performances – namely The Cribs’ ‘Cribsmas’ party – and also some career-affirming performances for others – Slaves’ headline show during Live At Leeds this year, to name but a few. One of the many gigs at Brudenell that are worth catching is Beans on Toasts’ set on November 19th. After his storming set at Y Not festival this year, his brilliant, light-hearted and satirical folk songs are not to be missed. Even if acoustic music isn’t your thing, the guys humour and all-out performance is sure to make you crack a smile. SHURA’s another act blessing the Brudenell with her presence this year. Hailing from London, the ambient pop singer will be stopping off in Leeds to mesmerise all those in sight.

If you needed any more proof that Leeds is bulging with new and talented artists, then the releases coming in the next few months are sure to do just that. Just two years young, Weirds have been stirring up a storm in the city the only way you can nowadays – with reckless live performances that their upcoming EP, Weird Son, will only increase. To be released later this year, Weird Son, shows the band at their best: their fuzzy noise has been dialled up to 100 and doused with psych and stoner-punk, proving that the band aren’t just another rock band from Leeds. These guys are going somewhere.

Another band on their way to greatness are the infectious trio, Forever Cult. Signed to Clue Records, it was clear from the off that these guys were going to be something special – you only have to take a look at Clue Records back catalogue to see that. Single, ‘Tunnel Vision’ is due for release at the end of November (via Too Pure Singles Club) and will mark a new age for the indie rockers. Reeking of teenage rebellion and distortion-filled bliss, Forever Cult are the UK’s better version of FIDLAR.

Staying true to the diverse roots of the Leeds DIY scene, Bruising offer a much tamer and mellower slice of indie. The soft vocals drooling from Naomi Baguley and the comfortable bed of guitars and drums make for a glorious concoction of shoe-gaze and indie.

Previous support act for Bruising, Milk Crimes, are also set to release something before the year is out. Playing show after show since starting, the band are finally channelling their fast-paced, bedroom punk onto an EP that will be a hectic, but melodic assault on the ears. 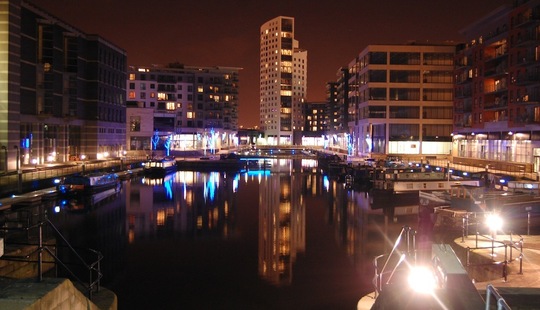